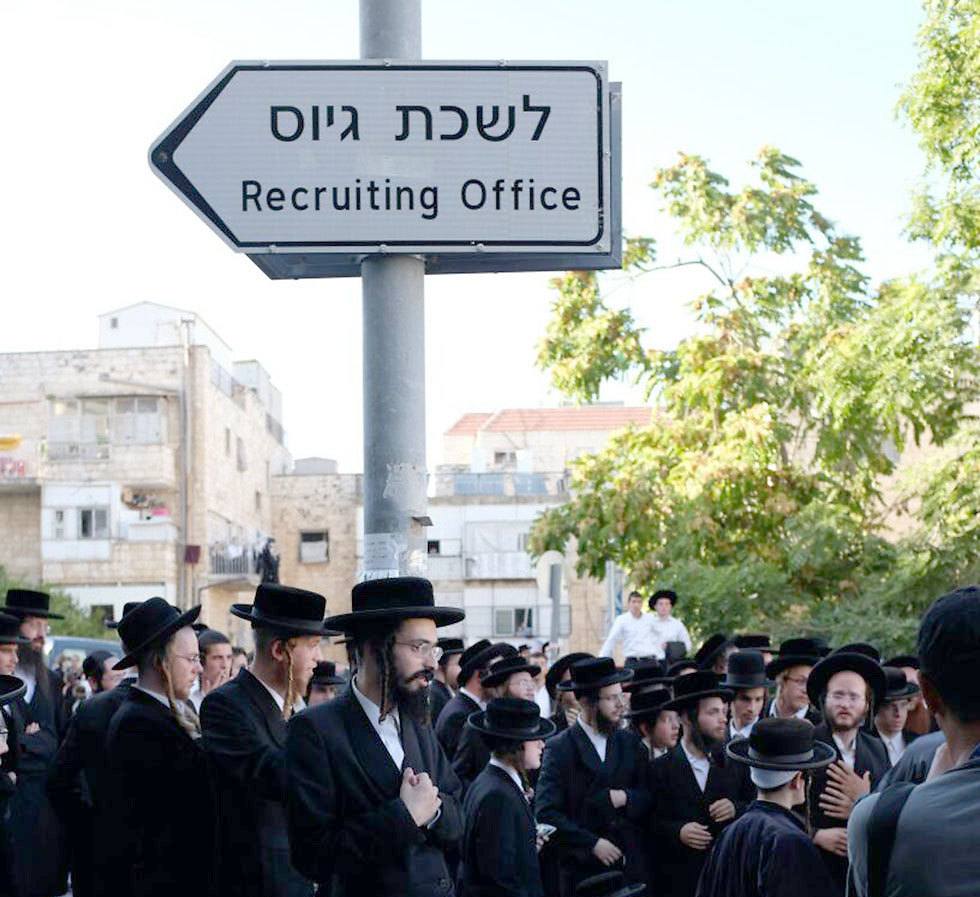 Haredi crowds protest in capital against arrest of suspected draft-dodger

Hundreds protest in Jerusalem against the arrest of a Haredi man who failed to show up at IDF recruiting office; handful attempt to block the roads, scream 'Nazi' at police stationed at scene.

Around 150 Haredi protesters took to the streets of Jerusalem on Sunday evening outside the IDF drafting office in response to the arrest by the Military Police of a Haredi individual police suspect of draft dodging.
Haredi demonstration in Jerusalem    (צילום: הערשי פרלמוטר חדשות 24)
X

The demonstration, which began peacfully, showed signs of violence as some began hurling rocks at the security forces. The police stationed at the demonstration said that a number of the participants also attempted to block the road and were swiftly removed by the police from the area.

Haredi protestors in Jerusalem (Photo: Yoav Davidovich)
The Haredi individual in question who was detained at the recruitment office is from Jerusalem and is 23 years old. Following his arrest, he claimed that he failed to show up at the office one month ago because he did not receive the order in the mail.

Photo: Yoav Davidovich
The arrest of another 20-year-old Haredi individual, who is supposed to get married in two weeks, also led to public disturbances by Haredi protesters on Thursday night in the capital and in Beit Shemesh.

Photo: Yoav Davidovich
In the process of the demonstration, which attracted hundreds, garbage dumpsters were used to block roads and rocks were also thrown by some at the police presence. Moreover, insults could also be heard against the police such as “Nazis.”

During that protest, the police arrested six individuals suspected of rioting and disrupting public order. In Beit Shemesh, a number of protesters were also arrested.