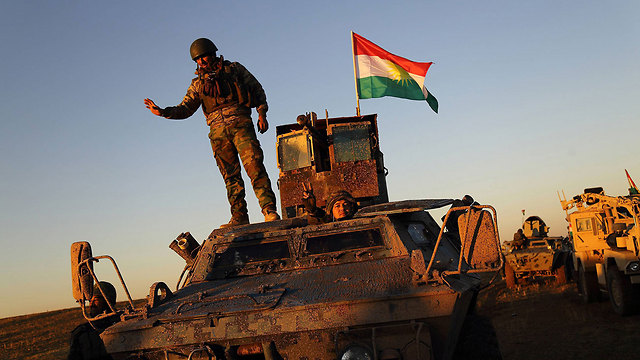 The battle for Diyarbakir: A visit to Kurdish stronghold in Turkey

Analysis: As Turkey rolls into Syria with the stated goal of eradicating ISIS from the border region, many Kurds in Turkey view this as a Turkish attempt to eliminate the Kurdish presence on the Turkish-Syrian border; 'They claim they are fighting ISIS across the border, but if they were actually doing this, they would first do something about the ISIS network on our (Turkish) soil.'

DIYARBAKIR, TURKEY - On Aug. 24, Turkish tanks crossed into Jarablus, a Syrian border town, to drive out ISIS militants. The Kurds, however, believe this action, called “Operation Euphrates Shield,” is actually targeting them. Caglar Demirel, the parliamentary group deputy chair of the pro-Kurdish People’s Democratic Party (HDP), said in an interview with Yedioth Ahronoth that she believes Turkey is not sincere in its fight against ISIS.