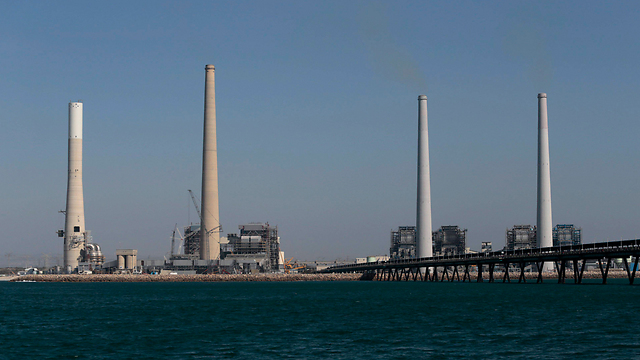 Figures released by the Ministry of Environmental Protection show reduction of 52% in emissions of air pollutants; however, levels of emissions and waste discharge are still higher relative to countries in the EU.

Reductions of up to 52% in the emissions of air pollutants were registered in Israel between 2012-2015, according to figures published by the Ministry of Environmental Protection on more than 540 of the biggest enterprises in Israel.

However, according to the same figures, emissions of nitrogen oxides and sulfur oxides in Israel are still 1.3 and 4.4 times higher respectively than EU countries. 87% of sulfur oxide emissions are the result of the operation of coal-fired power plants which are concentrated in Ashkelon and Hadera and still lack advanced pollution control systems.

Additionally, the amount of nitrogen, phosphorous and organic carbon discharged into sewage is also much higher relative to EU countries.

However, the flow of pollutants into the Mediterranean has also dramatically decreased between 2012-2015 as a result of reducing the amount of activated sludge discharged into the sea by the Gush Dan wastewater treatment plant.

Minister of Environmental Protection, Ze'ev Elkin, commented on the figures, saying "The ministry is implementing the principles of transparency and public access to information. It is a tool used for setting policy and making decisions for us, as well as for citizens to get involved and make a difference. We plan to continue to give the public access to information and to reduce emissions of pollutants to the environment."