The beef chateau at Herbert Samuel Review: The third Herbert Samuel restaurant has recruited talented chef Oren Yerushalmi, formerly of Scala at the David Citadel, to helm its kitchen, which pushes the envelope with bold flavors.

The newest luxury boutique hotel in Jerusalem is the Herbert Samuel, whose eponymous restaurant is on the top floor, boasting stunning 360 degree views, especially from the al fresco seating areas on the porches, where in the evening one can also enjoy the cool Jerusalem air.

As befits a hotel restaurant catering in large part also to tourists, there are detailed menus in English. They contain no real mistakes, although there are a few more inaccuracies and typos than one might expect at this level of quality. The food menu appears to be seasonal, since ours was titled Summer. It is also divided into categories: Starters (actually, “The way we like to start at Herbert Samuel,” literally); Raw; Homemade pasta; Fish; Beef, lamb and poultry (although we could find no lamb); and Limited Edition. 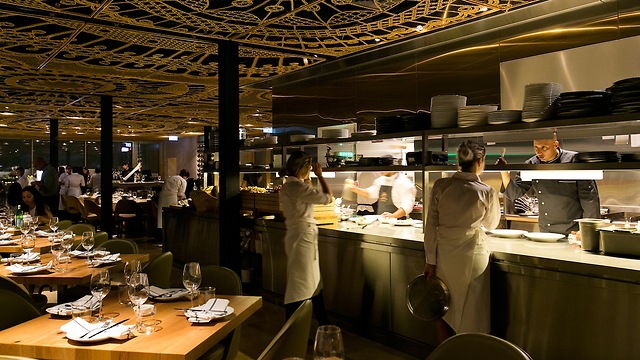 We began by perusing the cocktail list, which features the house special cocktails, as well as classics; there are also daily specials. We ordered two with intriguing names: the Pink Mule and the Mahatma Spice. It soon became evident that Herbert Samuel has recruited talent for the bar as well as the kitchen. The former—Absolut cilantro, rosewater, ginger, and cilantro blossom, garnished with a large bunch of the aromatic, leafy, green herb—was tantalizingly complex, with a surprisingly spicy finish. The latter—Van Gogh coconut, Bacardi Oakheart, pineapple, Indian spices, and rose water, garnished with mint, anise flower and a large green chili pepper—was equally complex, and authentically Indian. First, we were served the house artisan bread: a crusty, whole grain walnut loaf, which came with a mild salsa floating on olive oil. It is an effort not to fill up on the excellent bread.

The starters are primarily salads, each large enough to share. Our waitress recommended we try all three. 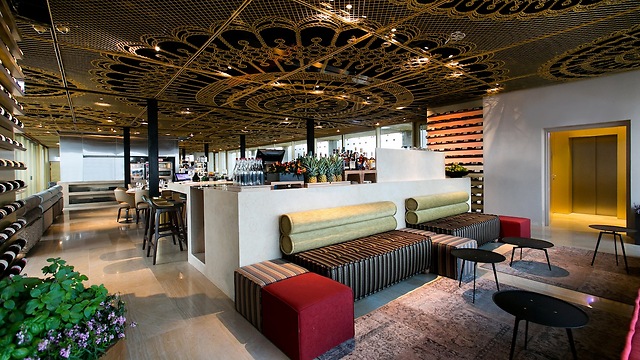 The tomato salad was the only salad whose ingredients were not listed on the menu; we could identify cherry tomatoes, stewed tomato, red onion, black olives and fresh basil, topped with grated medium boiled egg. It was dressed in a very zesty vinaigrette, which foreshadowed more bold flavors to come. The scorched cabbage leaf was less a salad and more like stuffed cabbage: herbed rice wrapped in white cabbage in a Jerusalem artichoke cream rendered more pungent by Swiss chard and Persian lemon. The trick to eating this warm dish is to balance the right amount of the savory sauce with the delicately herbed rice. In the raw category, we had the chopped tuna tartare in a gazpacho of yellow tomatoes, tarragon and za’atar. The thick gazpacho was more lIke a sauce than a soup; and even though it was highly seasoned, it managed to enhance rather than overpower the extremely fresh fish. 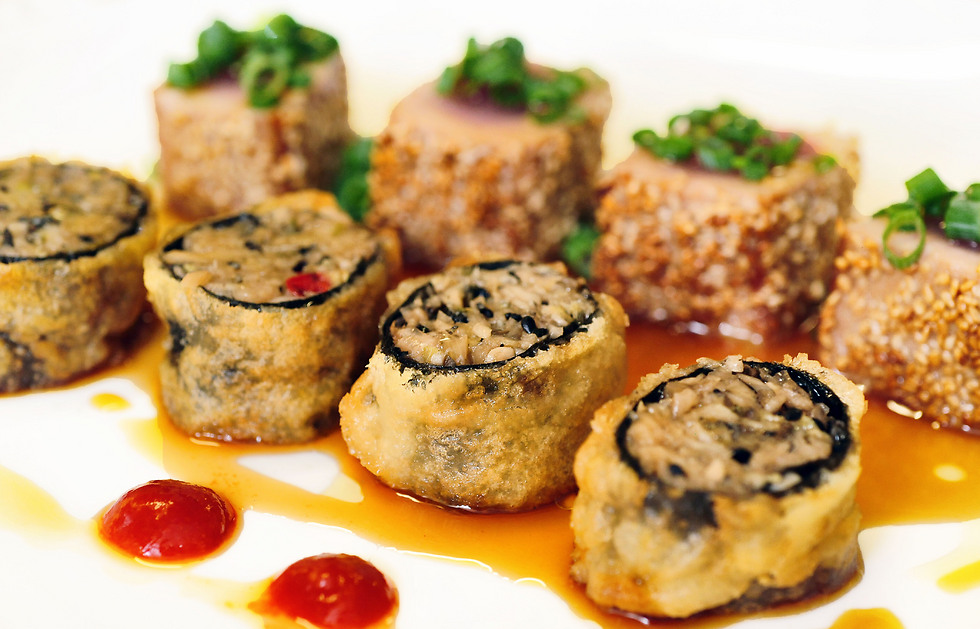 Our pasta of choice was the cannelloni, which was stuffed with slow cooked veal, chard and mushrooms. Bathed in a porcini stock, the filling was rich and succulent. 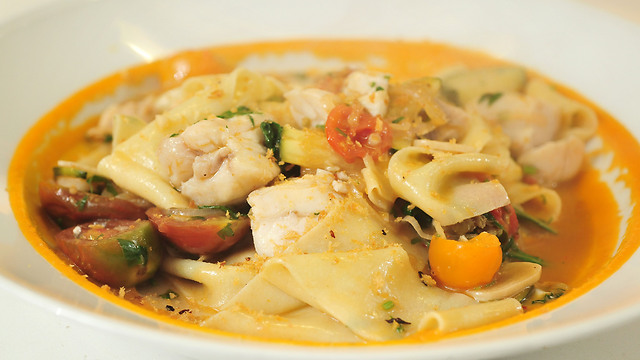 The Limited Edition section of the menu comprises two cuts of beef priced by weight. The beef chateau was 500 grams of medallions of filet grilled just as we ordered, with centers that melted in the mouth. The meat came with delectable taboon-roasted assorted organic vegetables, chosen for their market freshness: fennel, asparagus, and sweet parsnip (a last-minute replacement for the carrot listed on the menu). The vegetables are atop a delicious split pea cream, which looked bland but was actually bursting with authentic flavor. 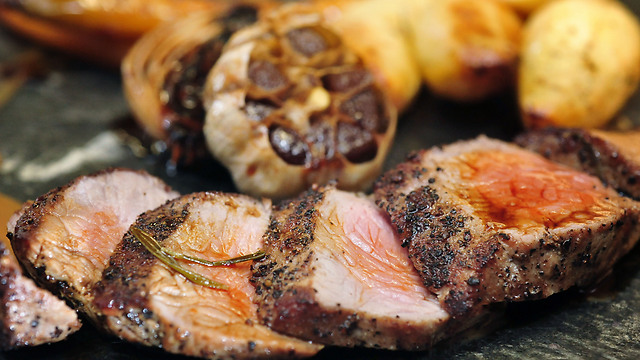 The summer green salad that we’d ordered from the starters section was served together with our main course. The large salad of lettuce, endive, mint, radish, red onion, roasted nectarines and toasted almonds was a real standout. The rotating Cellar Recommendation of the evening was the Dishon Cabernet Sauvignon from Segal. This 2012 vintage was the finest I have had from that winery. Our dessert was the intriguingly named chocolate egg in 50 shades of dark. The tableside show is impressive: the waiter pours thick hot chocolate over a large chocolate eggshell, which proceeds to melt, revealing a mousse and ganache interior. It was simply one of the best chocolate creations I have had in any restaurant. 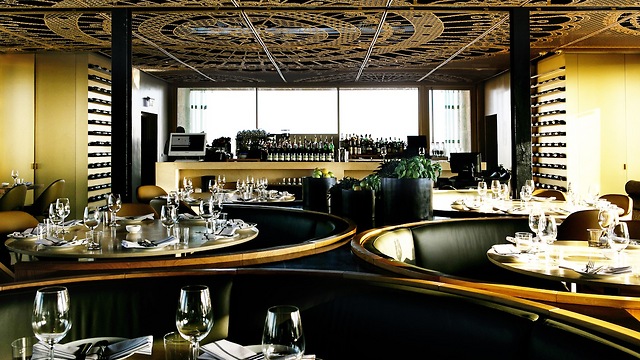 As expected, the service is very professional, although it can slow down considerably if the restaurant gets crowded. Herbert Samuel may be new in Jerusalem, but it has already vaulted to the near the top of the city’s culinary scene.