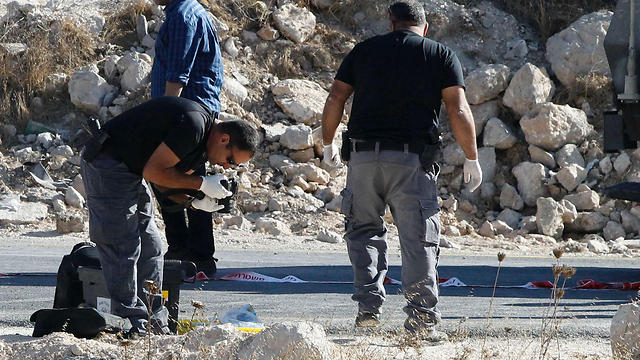 The officer was taking part in operations with his unit alongside the Har Adar town fence; police are searching for the suspect to the northwest of the capital.

A Border Police officer was stabbed nearby Har Adar, outside of Mevaseret Zion on Saturday morning. His condition was described as fair, and he received treatment at the scene before being taken to the hospital

According to the Border Police, during operational activities by their forces by the fence encircling Har Adar, the attacker burst out of bushes, where he had been hiding, and stabbed the officer before fleeing.

Security forces are searching for the suspect in villages to the northwest of Jerusalem.

IDF forces from the Benjamin Regional Brigade set up checkpoints at the entrance to the nearby village of Beit Surik and performed searches on the open areas on the slopes of Har Adar to the east.

This area has been considered relatively quiet over the past two years. The Shin Bet is involved in the investigation.