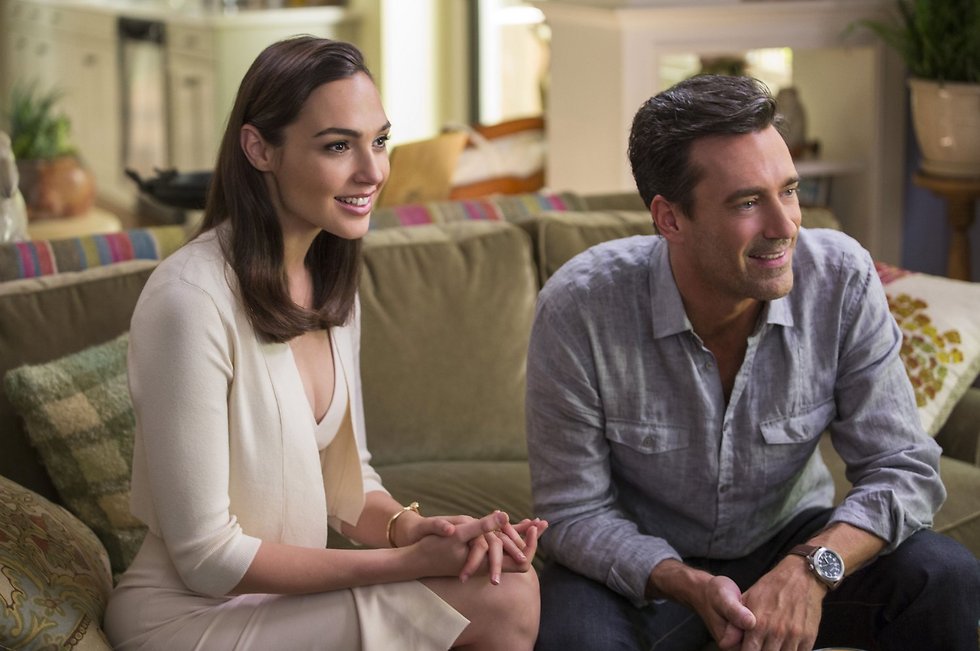 Gal Gadot: From Wonder Woman to a secret agent

Israeli actress Gal Gadot, who is a rising star in Hollywood, and co-star Jon Hamm sit down to talk to Ynet about their new movie 'Keeping Up With the Joneses.'

Despite being extremely well known in Israel and appearing in major Hollywood films such as Batman v Superman, Fast and Furious and Date Night, many people abroad are only just now beginning to recognize Gal Gadot.

In Keeping Up with the Joneses, directed by Greg Mottola, the Israeli actress shows her physicality and humor while running, jumping, punching and shooting a gun. The movie also highlights the seductive side of Gadot, who in an interview with Ynet ahead of the film's Israel release, said she doesn't rule out more risqué scenes. "It's not my goal, but you never know, you can never know."

In Keeping Up with the Joneses, Gadot stars opposite a stellar cast including Jon Hamm, Zack Galifianakis, Isla Fisher and Patton Oswalt. Gadot and Hamm play a secret agent couple that recently moved into a quiet Atlanta suburb, arousing the excitement and curiosity of their neighbors, played by Fisher and Galifianakis. The friendship is put on the line when it is discovered that the Jonses are really undercover agents part of an international espionage plot.

Gal Gadot in Keeping Up With the Jonses

Gadot's character, possibly a former Mossad agent, can be heard speaking Hebrew in the film while chiding her husband on several occasions. Hamm, 45, who does not know Hebrew, jokes, "I read it from left to right." Gadot admits, "It was really fun to yell at him in Hebrew," to which Hamm replied, "She really enjoyed it."

This is not the first time however that Gadot has spoken Hebrew in a large Hollywood production. In Date Night, starring opposite Mark Wahlberg, her character had several lines in Hebrew. "I think the fact that I speak a foreign language gives the creators the ability to illustrate to audiences that I'm from a different place. So I think it was wise to use Hebrew in this film and it happened in other films as well," says Gadot.