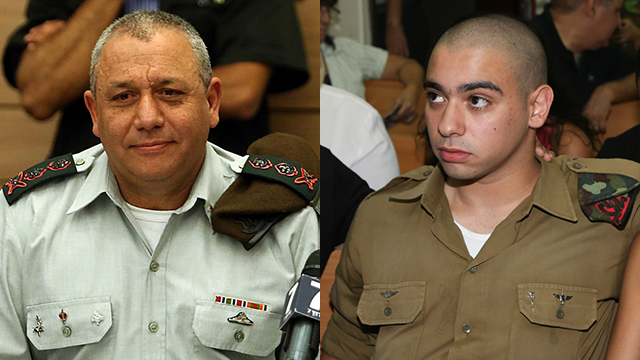 Following a report released by the Berl Katznelson Foundation on expressions of hate and incitement on the internet, results detail a 50 percent rise over the past year against gov't institutions and public figures.

21 years after the shocking murder of Prime Minister Yitzhak Rabin, his family gathered for a remembrance ceremony at Mt. Herzl. Dalia Rabin, the daughter of the former Prime Minister, said during the ceremony, "I'm beginning to think that the incitement of the past is still not over." Following a newly released report detailing the seriousness and increase of incitement in Israeli society, Dalia Rabin may be right.

The data revealed in the report on hate conducted by the Berl Katznelson Foundation shows that in the last year, there was a 50 percent rise in expressions of incitement and violence on the internet against government institutions including the cabinet, the IDF, the Israeli Police and others. More than six million racist expressions were recorded on the internet marking a 1.5 increase from last year.

Chief of Staff Gadi Eisenkot has himself become a target for internet incitement in the last year following his perceived handling of the Elor Azaria incident, in which the soldier is on trial for shooting an already-neutralized terrorist. The report found that there was a fivefold increase in expressions of incitement against Eisenkot and a threefold increase of expressions of violence and incitement against the IDF.

Similarly, the report details a 175% increase in violent expressions on the internet against the judiciary and judges compared to last year. Additionally, a 160% increase was also noted in expressions of violence against the President, Reuven Rivlin.

"We wanted to examine internet discourse on government institutions and national symbols, which are the foundations of democracy in Israel and the results astounded us," said Eran Hermoni, head of the education center at the Berl Katznelson Foundation. "The volume of online discourse and violence against these institutions is unprecedented. The fact there is a dramatic rise in incitement and hate against the IDF, the Chief of Staff, the Justice system and freedom of the press shows us that there is a tunnel being dug beneath democratic institutions in Israel and that puts us all in danger."