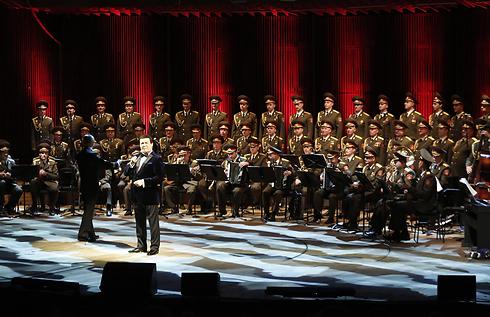 The popular, 80-year-old, 100-strong musical group will perform throughout the country in 20 performances in the second half of January.

The Red Army Choir, conducted by Gen. Viktor Eliseev, is coming to Israel for 20 performances as part of its new Revolution world tour from January 19 to 28 throughout Israel.

The Red Army Choir, a kind of legendary institution, transcends all genres and cultures and offers a wide range of music from folk to classical, from all-time world hits to contemporary pop-electronic music.

The choir was established 80 years ago in the then-USSR. Since the collapse of its borders, the choir has known stunning success. The ensemble includes 100 performers: soloists, musicians and dancers. Over 20 million persons have seen them in their global touring that have brought them to 50 countries.

Over the years, the choir has appeared before Pope John Paul II in Rome, at the opening of the Olympic Games in Moscow, and more recently in 2014 they performed at the Sochi Winter Olympic Games' opening ceremony.