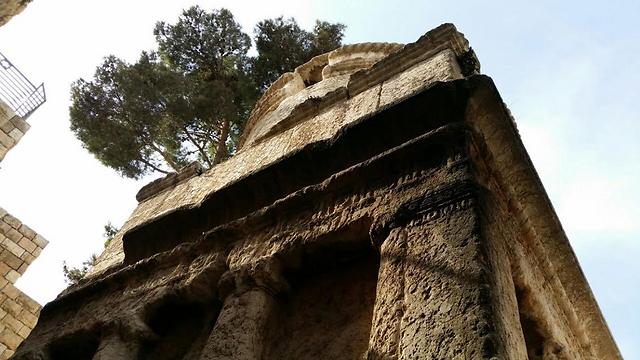 Authorities announce that their official investigation into the fire around ancient Jewish burial sites in the Kidron Valley has revealed that it appears to have been intentional.

Israeli authorities suspect arson as the cause of a fire in the area of the Tomb of Absalom and the Cave of Jehoshaphat that caused damage to an archaeological site from the Second-Temple era over the weekend.

The site is situated in the Kidron Valley on the eastern side of the Old City separating the Temple Mount from the Mount of Olives. The burial complexes are attributed to the Jewish aristocracy of the late Second Temple period and are considered to represent architectural wonders. The national park around the walls of Jerusalem surrounds the Old City.

The Israel Police and the Israel Nature and Parks Authority launched an intensive investigation into the case and preliminary finding seem to indicate arson, causing a fire at 4:15pm on Friday. Both bodies are attempting to find the persons responsible in order to bring them to justice.

(Photo: Assaf Avraham/Israel Nature and Parks Authority)
"The national park has many visitors but is also, to our regret, often fertile ground for acts of vandalism carried out by lawbreakers."