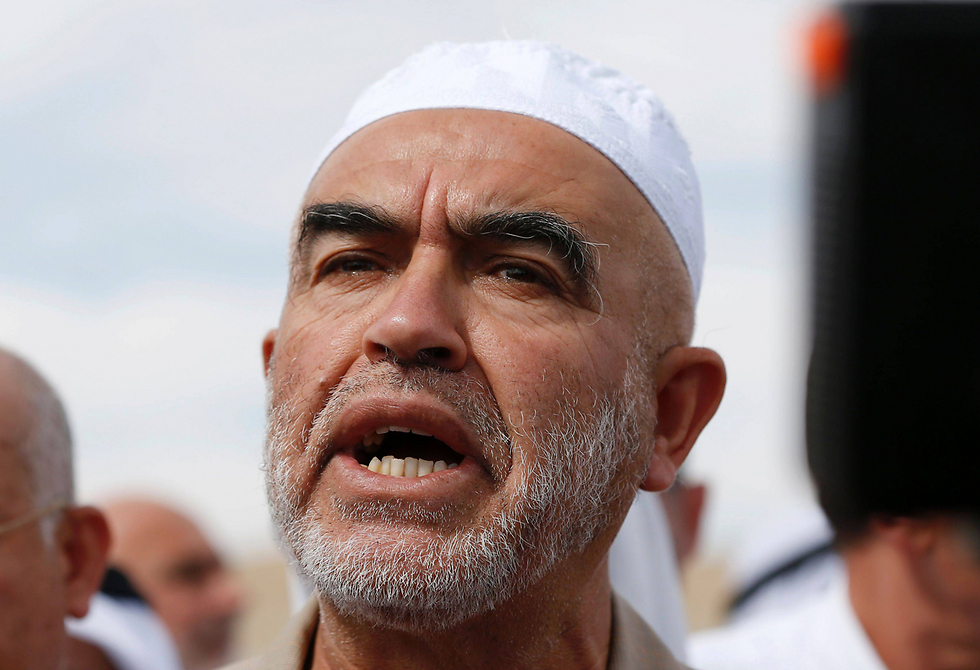 Salah, the leader of the northern branch of the Islamic Movement, is being held in the isolation wing of the prison and is currently serving a nine month sentence for an incitement conviction; he says he is forgoing food in protest of his conditions in prison.

Sheikh Raed Salah, the head of the northern branch of the Islamic Movement, is conducting a hunger strike after returning his last four meals in protest against his conditions in prison, specifically being in a cell in the isolation wing of the prison, the Israel Prison Service announced on Sunday evening.

Following Salah's hunger strike, food stuffs, electrical products and items from the prison canteen were removed from his cell.

He began serving a nine month sentence in the separation wing of Ramon prison in May after a conviction for incitement to violence and racism during a 2007 sermon in east Jerusalem.

Salah threatened a hunger strike Sunday, but only began to return food in the evening. Following the return of four consecutive meals on Monday, Salah declared that his strike had begun. As is customary and as has taken place in similar cases, once the hunger strike was declared, guards entered his cell and removed a host of items, including a television set and radio.

While searching his cell, guards discovered letters written in Arabic, which were sent for an inspection to make sure they didn't contain anything inflammatory. Salah contends that the letters are part of a book he is writing.