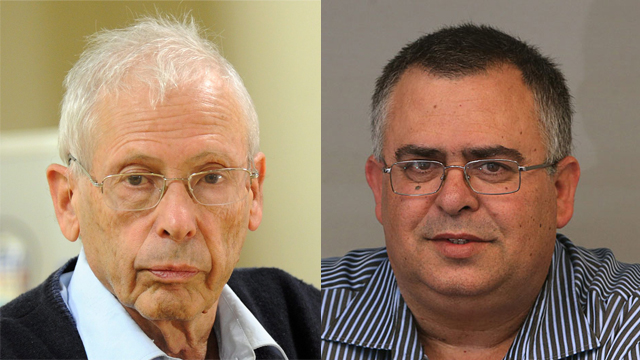 After he votes against the bill for a second time in its Knesset preliminary reading, Coalition Chairman David Bitan suspends Begin from Knesset committee; 'I had no choice. He cannot be above the rest.'

“This is a real symbol of the Likud party, but even a symbol needs to stand behind the party line. He cannot be above the rest. He cannot do whatever he wants,” said Bitan as he justified his decision.

In the letter of suspension, Bitan wrote, “In light of the fact that you voted twice in the Knesset plenum on the Regulation Bill against the coalition’s position, I hereby inform you of my decision to suspend you from the Constitution, Law, and Justice Committee for three weeks. For the duration of your suspension, your post will be filled by another member of the Knesset from the Likud party.”

During an interview with the Knesset Channel following the issuing of the suspension, Bitan said, “You have to understand that the issue is creating problems for the coalition … I can’t have these situations.”

Bitan added that he still respected Begin and believed that even he understood why action was taken against him.

“I also think that Begin understood, and I had conversations with him, that he could be punished over this issue. He has no problem with this. No one receives punishment with joy but he understood that given the situation that has come about, in order to avoid a situation in which anyone can do what he wants, I was forced to suspend him,” Bitan insisted. “Even though he is an extremely prominent figure in the Likud and in the nationalist camp, I had no choice. I deeply respect him. He is receiving only symbolic punishment.”

MK Tzipi Livni from the Zionist Union camp criticized Bitan’s decision as an indictment on the Likud party itself. “The fact that they are suspending Benny Begin says everything about today’s Likud. Netanyahu exploited Begin’s integrity for election purposes and now he is running it over.”

The revised version of the Regulation Bill passed in its preliminary Knesset reading by 60-49 on Monday evening following weeks of political maneuvering and culminating in an intense debate.

Begin first voted against the initial version of the bill in a preliminary Knesset reading in mid-November when the bill passed by a majority of 58-50.