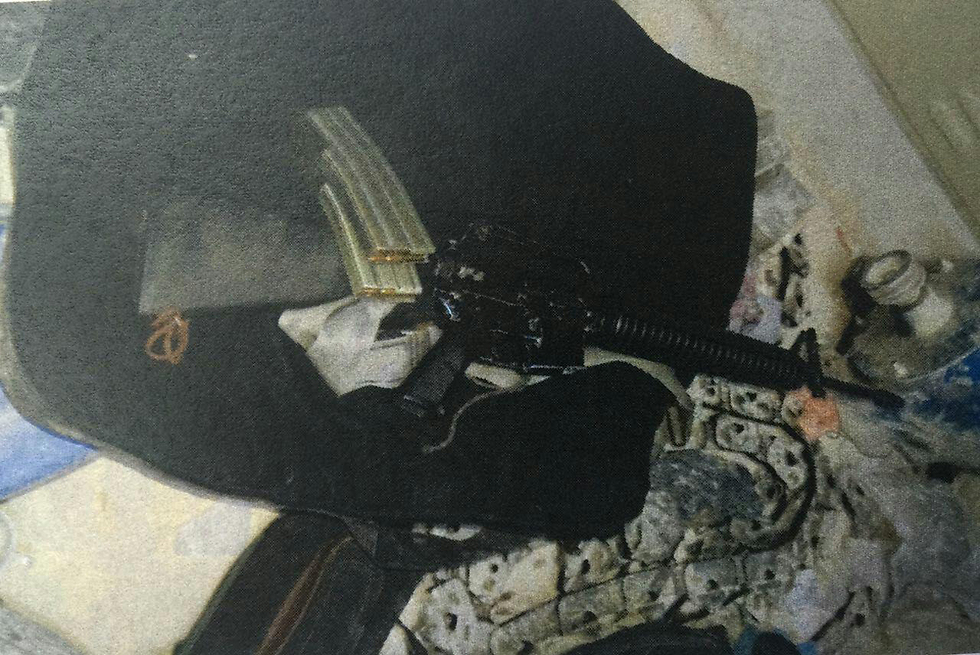 The terror cell’s conspirators, from Tzurif and Hebron, intended to carry out a shooting attack and kidnap a victim for negotiations to secure release of prisoners; cell set up observation posts to watch IDF soldiers ahead of planned attack; machine guns, rifles and ammunition found in their possession.

A 7-man Hamas terror cell planning to carry out a shooting and kidnapping attack in Israel has been arrested in a joint operation between the Shin Bet, the IDF and the Israel Border Police, it was cleared for publication on Thursday afternoon.

The members of the cell from Tzurif and Hebron, set about planning an attack of various kinds, most of which included shootings and kidnappings of people who would then be used in negotiations to secure the release of prisoners.

In preparation for the attack, the militants set about creating observation posts which they used to watch IDF forces in the Tzurif area.

One of the main conspirators in the cell is a prisoner named Ibrahim Abdullah Ranimat. Born in 1958, Ranimat was behind the abduction and murder of Israel Defense Forces soldier Sharon Edri in 1996 and the bombing attack on a Tel Aviv cafe in 1997, in which three Israeli women lost their lives.

Police arrested Ranimat in the village of Tzurif, southwest of Bethlehem.

Ranimat was also involved in a couple of shooting and suicide bombing attacks in which at least three Israelis were killed.

, a resident of Tzurif, is serving a life sentence for his involvement in a string of deadly terror attacks in the 90s, including the kidnapping and execution of IDF soldier Sharon Edri.

The investigation against the cell led to the discovery of large quantities od weapons in their possession, including two Kalashnikov rifles, three handguns, a hunting rifle, an M16 machine gun, magazines and ammunition. All the weaponry was located and confiscated by security forces.

As part of the investigation six other Hamas terrorists were also arrested. Their investigation has concluded and over the coming days, indictments are expected to be issued against them by a military prosecutor.

Two of those arrested in the plot were Ranimat’s sons Fadi and Shadi Ranimat. Muhammad Ranimat, Ibrahim’s son-in-law, who directed the operatives of the cell, was also arrested.

Haitham Hamidan, who hid weapons for the Ranimat’s family, and J'ad Sultan, who delivered arms to the cell, were also arrested. Rami Rajoub from Dura was also nabbed in the operation conspiring to carry out an attack with Ibrahim Ranimat while in prison.