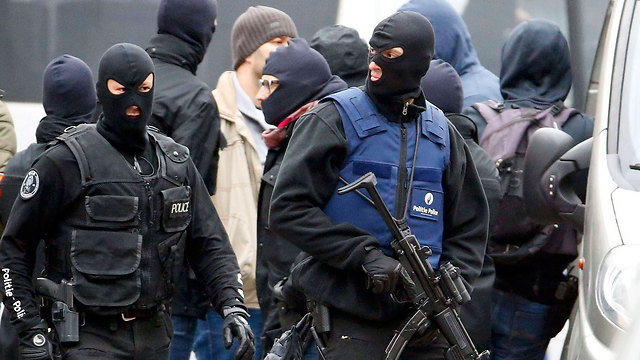 The report was made following a series of discussions by senior officials on both a common European defense policy and the security situation on the continent.

A classified report by Israel's Ministry of Foreign Affairs determines that Europe is incapable of defending itself from direct military attack, as not a single European country is able to execute independent military action.

The report summarizes a series of five meetings between senior officials at the Foreign Ministry concerning a common European defense policy.

Discussions drew a grim picture in which the Europe of today in seeking to eradicate war on the continent, ran into military impotence and is therefore incapable of defending itself by itself.

Concurrently, for the first time in a long time, security threats such as terrorism and Russian posturing are weighing heavily on European public opinion. The decline in European public trust makes bilateral commitments difficult, especially when it comes to concessions in European national security policy.

In the long run, this stagnation is liable to further strengthen populist forces, which undermine the project of integration and challenge the long standing European norm of distancing themselves from using force to achieve policy goals.

One of the main points discussed during the meetings at the Foreign Ministry was the inability of a single European country to execute a completely independent military action. In many cases, this is due to foreign dependence and technological inabilities rendering cooperation difficult. For example, there is no practical way to translate the size and order of military forces in Europe to form a joint military power.

Additionally, the discussions and report both highlight that the European reluctance to use force to promote foreign or domestic policy strengthens the continent's dependence on the United States. This reality is reflected in NATO's subjugation to American defense policy.

The existing European defense system is based on American arms that are expensive to maintain and do not provide the required military advantage against possible external threats to Europe. For example, in a direct comparison of conventional military forces between Russia and Europe, Europe is at a stark disadvantage and without the US, has no tactical nuclear deterrence.

In addition, the report claims that European foreign policy uses the threat of military force, but the operative use of that force, certainly at the level of the European Union, is more conceptual-theoretical. As a result of capability restraints, Europe has lost the credibility of using military force, even in European matters.

The report also highlighted that as a result of internal and external security issues, a significant change in the discourse of security is occurring. For example, concepts such as using the military to deal with social issues (such as immigration) are no longer off-limits. Countries that have suffered terrorist attacks now have military presence on the streets, an unbelievable phenomenon in Europe a decade ago.

The report further points out that change in the global system, aggressive Russian foreign policy, and a declining American commitment to defending Europe from Islamic terrorism, reinforces a growing sense of existential threat in Europe. Ideological and demographic changes brought on by immigration also reinforces this mindset.