Report: Netanyahu promises to go after Mozes if Mozes pummels him during election

According to a report by Gidi Weitz of Haaretz, in a conversation supposedly recorded between Prime Minister Netanyahu and Arnon Mozes, Netanyahu threatened to go after Mozes if Yedioth Ahronoth negatively covered him during the election.

According to a report published Wednesday by Haaretz, new details have emerged regarding the alleged meetings between Prime Minister Benjamin Netanyahu and the publisher of Yedioth Ahronoth, Arnon Mozes.

"According to sources close to the case, Mozes explained to Netanyahu that the attacks against him in the press, which are authorized by him (Mozes's—ed), are the result of him not being able to sit quietly while the prime minister tries to destroy his family's work," Gidi Weitz reported. 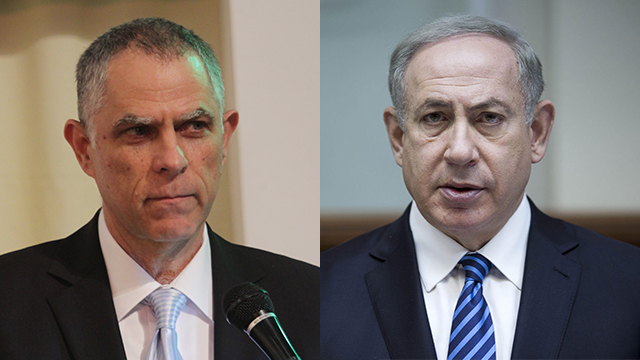 According to the report, "Netanyahu, on his part, informed Mozes that if Yedioth Ahronoth pummels him during the election, he's going to come after them. The conversation was recorded. Netanyahu was careful to add that any retaliation would be done so legally. It is interesting to think what legal moves the prime minister and minister of Communication could take against a privately-owned newspaper."

Weitz also reported that "Mozes offered Netanyahu several journalists he liked as a gesture of good will and during the conversation named some potential candidates. In another conversation, Mozes reminded Netanyahu of all the negative political publicity the prime minister had had, apparently as evidence of the services he could provide him with the sealing of a deal between the two. Mozes also said he would glad to get rid of Igal Sarna, a senior journalist and one of the Netanyahu family's most despised journalists, but acknowledged the move would be complicated."

Additionally, Baruch Kra of Channel 10 reported, "During the conversation between Netanyahu and Mozes, the issue of the notoriety of Yisrael Hayom was brought up. Among other things, the possibility of reducing the volume of commercial ads in Yisrael Hayom as part of the supposed negotiations between Mozes and the PM, which further highlights the depth of the prime minister's involvement."