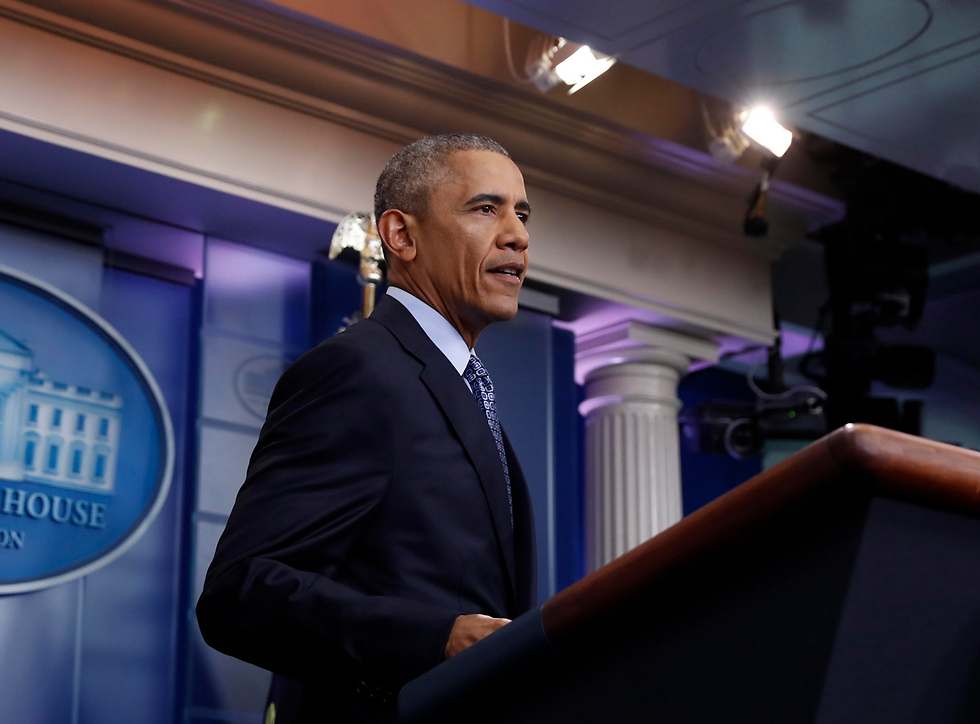 'I continue to be worried about the Israeli-Palestinian issue,' says outgoing US President Barack Obama in his final press conference as commander-in-chief. 'Because the status quo is unsustainable'; Explaining the US's abstention in the UN Security Council last December, Obama says, 'We cannot force the parties to arrive at peace, but we can encourage and facilitate it.'

"I continue to be worried about the Israeli-Palestinian issue," said Obama. "Because the status quo is unsustainable, bad for both countries, the region and (US) national security."

"We cannot force the parties to arrive at peace, but we can encourage and facilitate it," remarked Obama, in reference to the US's absention at the UN Security Council in December. "I don't see how this issue gets solved in a way that maintains Israel as both Jewish and a democracy if there are not two states." He explained that "The goal of the UN resolution was to say the growth of settlements increasingly make a two-state solution impossible."

He referred to the resolution abstention as "a wake up call" for those involved in the conflict, stressing the "This moment may be passing" and urging both sides to work toward a two-state solution.

Obama clarified that having an incoming president want to change policies and take ongoing debates in a different direction and their perogative, but that it would behoove them to remember that in such serious matters, "each action is usually followed by a reaction," adding, "We'll see how Trump's approach on Israel will play out."