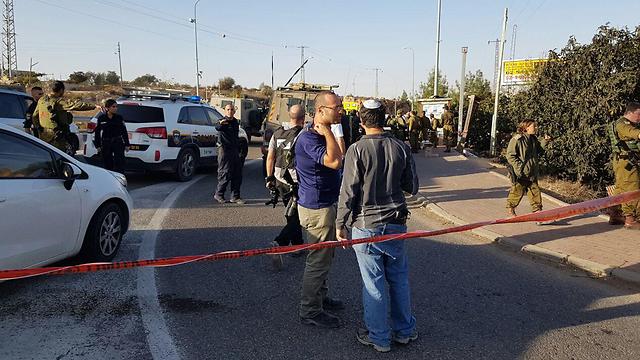 A Jewish student who was sexually assaulted by a group of Palestinians with nationalistic motives will be entitled to the benefits accorded to victims of terrorism.

A Jewish student who was sexually assaulted by a group of Palestinians was granted recognition as the victim of a "hate crime," meaning she will be entitled to the benefits accorded to victims of terrorism.

Defense Ministry Attorney Yedidya Oron said the decision was based on the police investigation's evidence, which demonstrated that the victim had been "attacked for being a Jew, and, therefore, the incident must be understood as having a nationalistic background." In February 2008, the then-25-year-old woman was attacked by a group of Palestinians in a public garden near the Old City of Jerusalem. The perpetrators, minors at the time, surrounded, robbed, and sexually assaulted her, causing bruises and a broken nose.

The 1970 Victims of Hostilities Law defines a "hate crime" as an act of violence whose primary purpose is to harm a person because of his or her ethnic-national origin within the context of the greater Arab-Israeli conflict.

The decision follows on the heels of an intense Knesset debate in December on sexual harassment in mixed cities following a demand by Yisrael Beiteinu MK Yulia Malinovsky to discuss the growing numbers of racially-motivated sex crimes in heterogeneous cities such as Jerusalem and Nazareth Illit. Malinowski said that "sexual terror" data indicated that more than 800 sexual assaults since 2006 were racially motivated and that those included 70 incidents of rape committed by Arab men against Jewish women "If we can talk about sexual harassment in the military and at work, why can't we talk about harassment by Arabs? Because it is unpleasant?" asked Malinowski. "Therapy to treat sex crimes begins with admission. If we do not deal with this phenomenon, we will not know how to provide answers to the victims." Joint List MK Aida Touma-Sliman claimed that the very nature of the debate presented a clear case of incitement against the Arab community. "Sexual harassment is not a matter of national affiliation but of male chauvinism," said Touma-Sliman, who also serves as the chairman of the Committee on the Status of Women and Gender Equality. "It is important to deal with the issue of sexual harassment against women in the army, at work, by lawmakers, or even by statesmen. No one denies the possibility that Jewish women may face harassment by Arab men, just as young Arab women can be harassed by Jewish men," she argued. Prior to the session, MK Touma-Sliman had argued on Army Radio that it should be "prohibited to introduce incitement against a particular community" within Knesset committee hearings and requested that the topic be removed from the committee's agenda.

The Knesset Presidium ultimately denied the request and deemed that the committee was indeed the appropriate place to discuss the issue.