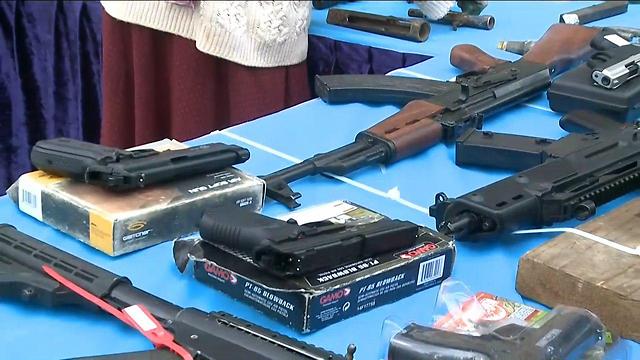 According to IDF data published today, in the 15 months between October 2015 and the end of 2016, 281 terrorist attacks originating in the West Bank were reported throughout the country. Those attacks include 143 stabbing attacks, 89 shooting attacks, 39 vehicular attacks and 9 attacks utilizing explosive devices.

Attacks originating in the West Bank have claimed 6 Israeli lives, compared to 13 in 2015. 81% of stabbing attacks—the majority of all attacks—were directed at IDF forces.

In order to combat terrorism, security forces, particularly the Judea and Samaria Division of the IDF, have upped activities significantly.

Dozens of guard posts have been built, raids conducted on illegal weapons factories, closures of violence-inciting printing presses, seizures of funds destined for terrorists or their families, surveillance of social media sites to prevent incitement, the demolition of 40 terrorist homes and the installation of 1,500 cameras on West Bank roads.

According to a senior IDF official, 2017 is also projected to be a "sensitive year."

In regards to the new American administration and its effect on attacks, the officer said, "I don't see a connection between the new American government and attacks yet. When Palestinians become agitated concerning Jerusalem, that can influence attacks, but when we see this, we have time to prepare."