From the film 'In Between'
Photo: Yaniv Berman 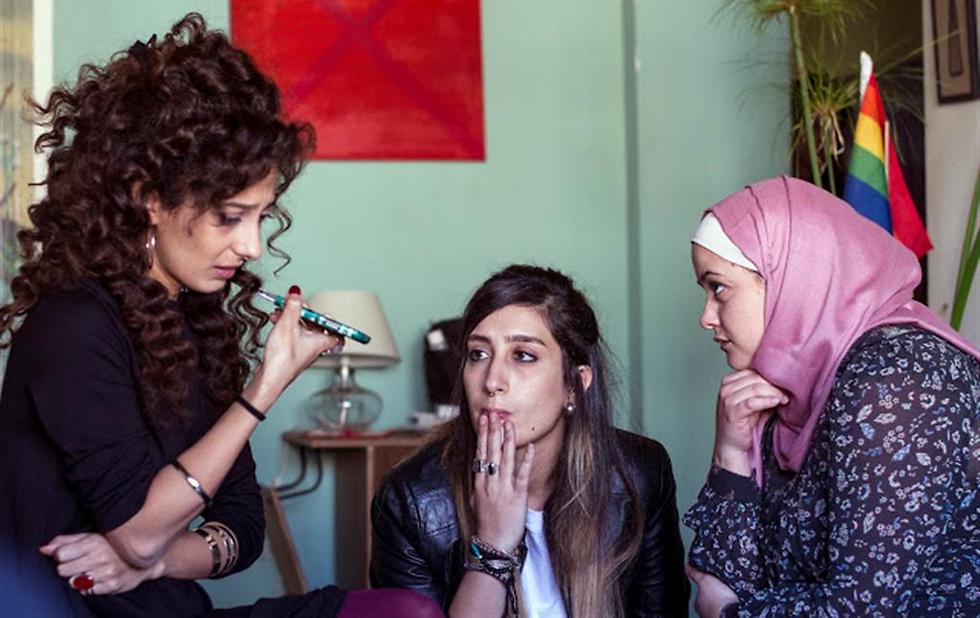 A film about Arab-Israeli women who left their villages to live in Tel Aviv has angered some traditionalists in Israel's Arab community, who say its depiction of homosexuality and independent single women is insulting.

"In Between", which has an Arab director and a Jewish producer, won best film at the Haifa International Film Festival in October and accolades in Toronto and San Sebastian with its portrayal of three very different women who share an apartment in Israel's most liberal city.

From the film 'In Between' (Photo: Yaniv Berman)

Layla is a lawyer and liberal Muslim who parties every night; Salma, from a traditional Christian family, is gay and works as a DJ and bartender; and Nour is a devout Muslim computer student whose Muslim fiancé rapes her.

Photo: Itay Gross
"The women have chosen to seek a modern life by abandoning the customs and traditions of their home villages but at the same time, as ethnic Palestinians in Tel Aviv, they encounter discrimination," said director Maysaloun Hamoud. "They just can't win."

Photo: Itay Gross
The film addresses issues that some of Israel's Arabs—who make up about 20 percent of the country's 8.5 million people—prefer not to see on screen.

Photo: Yaniv Berman
The conservative leadership of Umm al-Fahm, a large Arab Israeli town that is featured in the film, has called for the movie to be boycotted. "We support art that has a purpose and art that criticises the negative aspects of our society, but we oppose a movie that distorts the image of Umm al-Fahm," Abed Al-Monem Fuad, a spokesman for the municipality, said. Sana Jammelieh, who plays Salma, said it was time for Israel's Arab community to address the movie's subject matter. "No one wants to talk about homosexuality, or a woman who feels free enough to party all night and drink alcohol, but they should be discussed so that (Arab society) can catch up with the modern world," she said. Mouna Hawa, who plays Layla, expected the criticism but said it did not worry her: "It took courage to make this film, but I feel convinced that it reflects many real lives in our society."