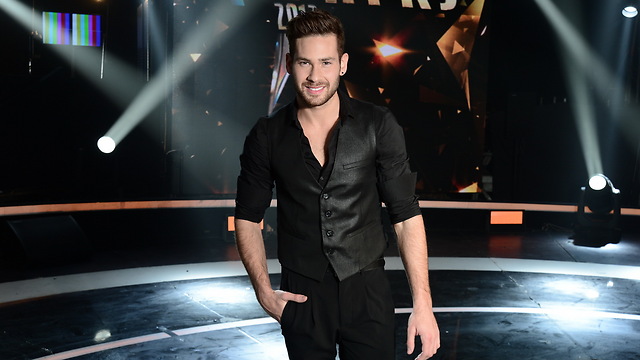 Imri Ziv to represent Israel in the 2017 Eurovision contest

The contender Imri Ziv is the big winner of "Hakochav Haba" show, and will represent Israel in the Eurovision contest, which is set to take place in Kiev, Ukraine this coming May.

Imri Ziv will represent Israel in the 2017 Eurovision song contest. This was announced on Monday night during the finals of the reality TV show Hakochav Haba, which was broadcast on Channel 2.

Ziv was crowned the winner by the viewers at home, with judges Keren Peles, Harel Skaat, Static and Ben El Tavori, and Assaf Amdursky rendered powerless.

Imri Ziv to represent Israel in the Eurovision
X

Imri Ziv to represent Israel in the Eurovision

"I'm excited to be participating in the Eurovision for the third time, and this time around, front and center," said Ziv—who was a backup singer during two previous performances—following his win. "I'm very happy and I promise to do my best to bring the Eurovision to Israel next year. Thank you for making my biggest dream come true," he continued.

Ziv overcame three other finalists: 30-year-old Julietta Agronov, who took her first steps in the music business at the tender age of 15, and ever since then succeeded in releasing one memorable single—The Best Guys (Habachurim Hachi Tovim), but then seemingly disappeared from the spotlight. Julietta also participated in the reality show, La La Land, after which she decided to take a break from music; 25-year-old Diana Golby, who won the eighth season of A Star is Born (Kochav Nolad) in 2010 has been unsuccessfully trying to launch a music career; and a Beat-Box band called Element that used to be a part of the music ensemble The Voca People.

The Beat-Box band and Julietta were ousted on the first round after losing the duel round to Imri Ziv and Diana Golby. Julietta was then brought back by the judges, only to be eliminated from the competition on the second round. Ziv then overcame Golby in the final round when he managed to get 74 percent of the votes with his rendition of the song, Because of You.

The collaboration between the TV show and the Broadcast Authority, during which the Israeli representative for the Eurovision is chosen, started two years ago. Ever since Israel managed to qualify for the finals—Nadav Guedj finished in 9th place in 2015 and Hovi Star nabbed the 14th spot last year. This year, the Eurovision will take place in Kiev, Ukraine, and Israel will be participating in the second semi-finals, which is set to take place on May 11. The finals will be aired on Saturday, May 13.