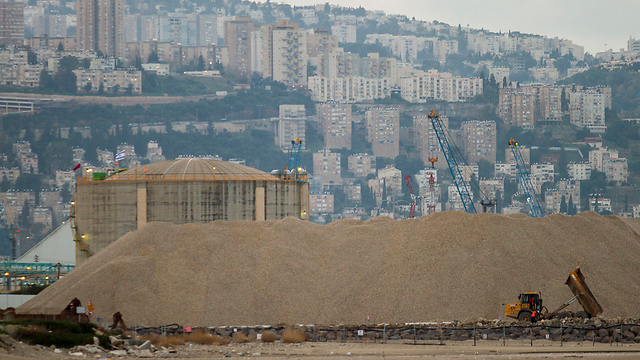 The court order to empty the tank within 10 days comes as Haifa Chemicals backtracks on pledge not to appeal previous court decree closing the facility; Haifa mayor accuses Haifa Chemicals of 'misleading and lying to the public.'

Haifa Chemicals has been ordered to empty the Haifa ammonia tank within 10 days and has been banned from restocking until the end of discussions on a petition to close the facility filed by the city of Haifa.

Haifa Chemicals are expected to appeal the decision, which was taken by Judge Ghada Bsul of the Haifa Court for Local Affairs, despite an earlier pledge to "respect the decision of the court."

In response, Haifa Mayor Yona Yahav accused the company of "misleading and lying to the public." He went on to say, "I call on them to come to their senses and understand that the rules of the game have changed and we will fight until the tank is removed from the Haifa Bay."

In a statement, Haifa Chemicals asked to delay discussions taking place in the Supreme Court, adding that "it goes without saying" that they intend to appeal because the decision to order the tank emptied was both "false and erroneous" because it was made without authority.

The petition claimed that there is evidence of a clear and immediate danger to the public by the continued operation of the ammonia tank. The claim is based on a report by a professional committee examining ammonia in the Haifa Bay, which was written by Prof. Ehud Keinan.

The report detailed for the first time the significant danger presented by ammonia shipments to the storage facility, which occur every few weeks.

According to the experts, the danger presented by damage to an ammonia transport ship is greater than damage to the actual facility itself, which has the potential to harm hundreds of thousands of people. 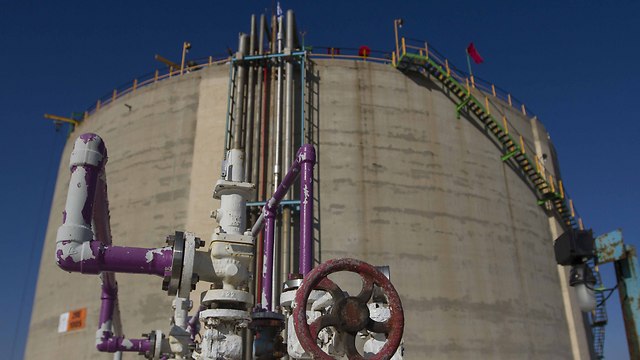 In her decision, the judge noted that the picture painted by the report "causes sleepless nights for every reader" and draws attention to alternative arrangements that have not been implemented.

As reported in Yedioth Ahronoth, the Ministry of Environmental Protection is expected to announce in the coming days that it has revoked the company's permit to use ammonia, which is expected to cause the closure of the storage tank on its own.

This is seen as part of the attempt by government offices including the Treasury and the Prime Minister's Office to push Haifa Chemicals to build a new plant itself elsewhere.

A host of environmental groups as well as Knesset members have praised the court's decision and the ministry of environmental protection released a statement saying that it will "continue to operate with the available tools to ensure there is no room for the ammonia facility in the Haifa Bay."