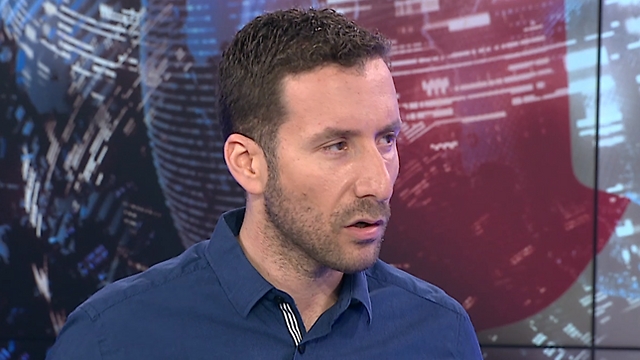 After an undercover investigation into abuse at a Haifa nursing home uncovered widespread instances of negligence and violence against the elderly by employees, both public and government officials are calling for reform.

Following a video recording of caretakers abusing the elderly people under their care, and the findings of a national police investigation, which revealed this to be a widespread phenomenon, many public figures have come out against these occurences and have called for a healthcare reform to deal with this reality.

"This must be stopped," said MK Itzik Shmuli (Zionist Union) during his interview on the subject with Ynet on Monday.

"There is a problem here. This isn't some remote nursing home or one bad employee, this is a whole culture of abuse," Shmuli continued, naming several cities where serious cases of neglect and even violence were found to have been taking place in nursing homes.

MK Itzik Shmuli: 'This must be stopped' (Photo: Hagai Dekel and Yogev Atias)
"Until now, the Health Ministry's solution was too specific, cosmetic, unsatisfactory or successful. In any case, the Health Ministry and especially its system of supervision are part of the problem, and not part of the solution. "Beyond putting cameras in the homes and holding the managers responsible, something that I'm is not enough, we need to fix the Health Ministry's system of supervision, which, for instance, doesn't do night checks, and also notifies the homes before an inspection. "This is in clear violation of the Health Ministry," Shmuli added. "This field should not be in private hands. Nursing is not something that should be privatized. That is why we must pass my bill for national nursing insurance."
Elderly abuse in Haifa nursing home (courtesy of Channel 2)    (באדיבות חדשות 2)
X

Shmuli continued by saying there is a shortage of about 5,000 workers in the nursing field. "This creates a situation in which, at best, untrained personnel and at worst, violent and sadistic personnel enter these places and the managers of these nursing homes just employ them. This must stop. We may have gotten to a point where there is no choice but to use foreign labor in nursing homes."

In an attempt to solve what he referred to as "the public crisis in the nursing field," Minister of Health Yaakov Litzman (United Torah Judaism) sent a letter to Prime Minister Benjamin Netanyahu and Minister of Finance Moshe Kahlon (Kulanu), demanding additional personnel to counter the work load, and namely foreign labor. The cost of these additional workers is estimated to be over NIS 80 million per year. In addition, work permits of 2,400 foreign workers would need to be issued.

Health Minister Yaakov Litzman: 'a public crisis in the nursing field'
Litzman also requested a pay raise for the caregivers. "The caregivers' salary—usually set at minimum wage—is not sufficient and leads to the profession being mostly chosen by default. To incentivize quality workers to stay in this line of work for longer, there needs to be an general increase in pay in this field." The aforementioned increase is estimated to amount to NIS 900 a month per worker and NIS 100 million a year in total. The owner and current manager of Naiot Kipat Hazahav, the Haifa nursing home whose workers were caught on tape abusing the residents under their care, has stated that he will begin the process of finding a new manager for the facility, promising to work in full cooperation and transparency with the Health Ministry on this matter. The caregivers suspected of abuse have been fired and are awaiting trial.