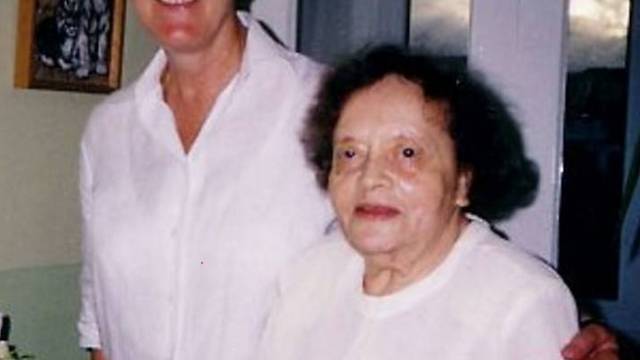 Holocaust survivor's final wish was to be buried in Israel

With no living relatives left, Israelis are called to attend the funeral of Hilde Nathan, who survived WWII and moved with her mother to the Canary Islands, where they could find some peace and quiet.

The last wish of Holocaust survivor Hilde Nathan, who passed away last Thursday in the Canary Islands, was to be buried next to her mother in Israel.

But because she has no living relatives in Israel, the tiny Jewish community in the Canary Islands, numbering around 30 families, has asked Israelis to attend the funeral and accompany her to her final resting place.

The funeral will take place on Monday February 27, at 11am in the Kiryat Shaul Cemetery in Tel Aviv.

Hilde Nathan was born on October 11, 1926, in Germany. Even before the outbreak of the war, her father tried to send his family to the Land of Israel, but the visas were hard to get. In 1933, only few had guessed what would happen within a decade. In the first few years of the war, the Nathans kept trying to escape, but in 1942, when they were finally close to succeeding, they were transported to Theresienstadt, a concentration camp located 50 km north of Prague.

Hilde and her parents were among the few who survived the camp. They were released from Tarazinshtat by the Red Army on May 8, 1945, the day of Germany’s defeat.

After the war, Hilde’s father passed away and was buried in Germany. Hilde and her mother continued to the Canary Islands, where they found some peace and quiet after the hardship they had suffered during the war. Hilde’s mother passed away a few years ago, and Hilde hoped she could bury her in Germany, next to her father. But realizing she could not hold a Jewish ceremony there, she then decided to bury her in Israel.

Hilde passed away last week, leaving nothing but her memories. She had neither a husband nor children.

The Canary Island Jewish community, which numbers at around 20 people, was able to gather enough money to fly Hilde's body to Israel, and now all that is left is to bring her to rest.

"In her childhood she was humiliated. She had no name, but a number. Today, thanks to many anonymous people who made her last wish possible, our head is held high as we know we conquered our enemies. Today we stand strong and united than ever," said one of the organizers behind the initiative to bring Hilde to burial in Israel.

Jacob Israel, is the Director of Unidos con Israel, the Spanish Desk of United with Israel