The scene of the attack
Photo: South Mt. Hebron Council 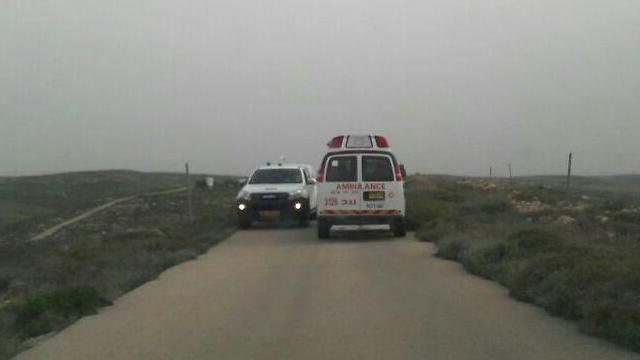 Terrorist carrying two knives infiltrates the Mor Farm outpost near the settlement Teneh Omarim, where he stabs and lightly wounds one of the settlers; settler recovers and shoots the attacker, killing him.

A Palestinian terrorist stabbed an Israeli settlers in the southern Mount Hebron area of the West Bank on Wednesday afternoon, after which the settler opened fire on the terrorist and amanged to kill him.

The terrorist infiltrated the Mor Farm outpost near the settlement Teneh Omarim, where he stabbed and lightly wounded a settler, at his home and in front of his children.

The scene of the attack (Photo: South Mt. Hebron Council)

Residents of Teneh Omarim were told to stay indoors, as searches for a possible second terrorist are being carried out.