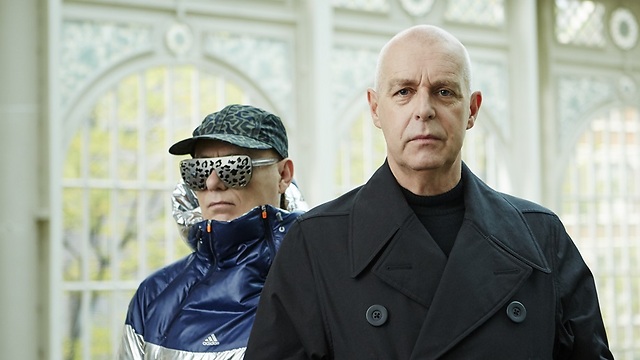 The legendary British duo is reportedly close to signing on to give a show at the Tel Aviv Pride parade this coming June; the Pet Shop Boys have already performed in Israel three times.

British electro gods the Pet Shop Boys might be going Middle East, despite the fact that life is arguably not so peaceful here. Yedioth Ahronoth found that the duo is on the cusp of signing on to perform at a very gay bash at Tel Aviv's Yarkon Park during the city's June's Pride Parade.

Neil Tennant and Chris Lowe, who make up the Pet Shop Boys, are to be the delicious crown jewel at the center of a DJ bonanaza celebrating the gay, lesbian, bisexual and transgender community, as well as those looking to explore.

Becoming a beacon of 80s magic, the Pet Shop Boys took their first steps in the music industry in 1981 and quickly rose to the top of the charts. Their hits include Go West, West End Girls, Love Etc., Always on my Mind, Domino Dancing and New York City Boy, as well as a truly superb cover to West Side Story's Somewhere. At present, they have sold over 50 million copies worldwide.