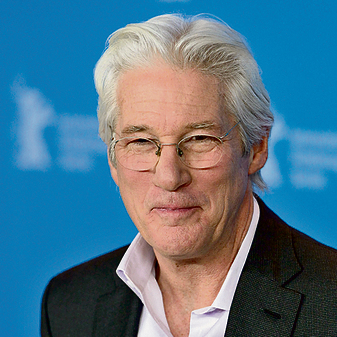 Richard Gere coming for a movie premiere in Israel

The Hollywood star is coming back to Israel: Next week, he will be in Jerusalem to attend the world premiere of Norman: The Moderate Rise and Tragic Fall of a New York Fixer—a new film directed by Joseph Cedar.

Richard Gere is set to arrive in Israel next week for the premiere of his new movie, Norman: The Moderate Rise and Tragic Fall of a New York Fixer.

The film's hero is Norman Oppenheimer (Gere), a small cog on the margins of the powerful money-making machine that is New York, dreaming to make it to the top. On the way, he cultivates a network of contacts, which leads him nowhere.

He then meets an Israeli member of Knesset (Ashkenazi) when it seems his political career is coming to an end. Things become complicated once the MK is elected prime minister and asks Oppenheimer to be his political adviser.

Gere, one of Hollywood's biggest stars, will spend a few days in Jerusalem.