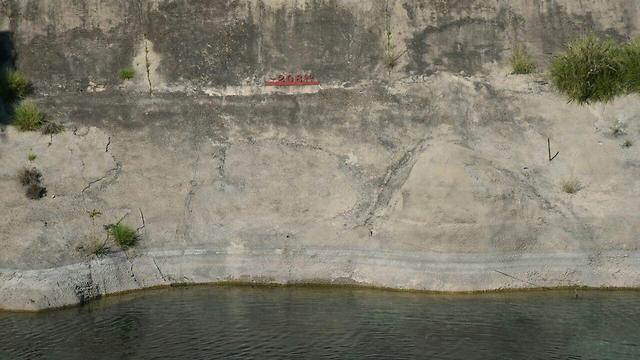 Kinneret levels lowest in a century

Annual decreases in February precipitation levels recorded over the years and civic opposition to a desalination plant are combining to create a situation that the Water Authority has termed 'a real problem.'

After registering a drought for the fourth consecutive year in the north, the Water Authority is reporting a record low for precipitation in the month of February since measurements began in the 1920s.

Water levels in the Kinneret rose only 22cm last month, which is decidedly lower than the multi-year average of 60cm.

As of the beginning of March, current water levels in the Kinneret are standing at 16cm below the red line.

These measurements, which are recorded now at the end of the rainy season, present a dire picture that has not been seen in a decade.

The upper red line, the line marking the Kinneret water level as full, is down 4.36 meters.

Due to low levels of precipitation in the western Galilee over the last four years, the lack of available water volume in the Kinneret is the largest it has been in 100 years.

The available water volume in the Kinneret last month amounted to 35 cubic meters, compared to the multi-year average of 86 cubic meters in the month of February.

These worrying data were still recorded despite Water Authority policy that stopped Kinneret pumping nearly entirely. Exacerbating matters, the water shortage in the north is expected to worsen this summer.

The Water Authority is working to complete a desalination system to stabilize the water market in Israel, half of which is already made up of 50% recycled water.

According to the Water Authority, a desalination plant was planned in the western Galilee, but ultimately did not materialize due to objections from local residents.

"Everyone agrees that such a facility needs to be built, but no one wants it in their yard," said officials from the Water Authority. "Despite the fact that we have already examined every other type of alternative, residents continue to oppose the construction."