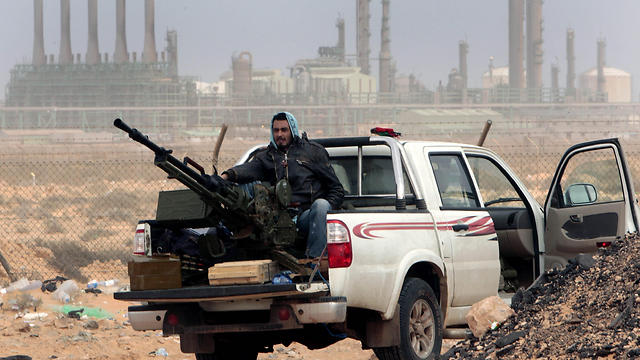 Reports from international officials postulate that Russian military assistance is being provided to the Libyan Army under the command of Gen. Khalifa Haftar against the Benghazi Defense Brigades.

Russia has deployed Special Forces units to an airbase in Egypt near the Libyan border, according to American, Egyptian and diplomatic officials who spoke to Reuters.

American officials said that the United States is looking into what appears to be Russian Special Forces and drones deployed near Sidi Barrani in western Egypt.

Egyptian security officials said that a Russian special unit comprising 22 soldiers is active in the area, but refused to specify their mission. Officials also added that Russia used another Egyptian base near Mersa Matruh in February.

According to these officials, it is possible that the Russian forces have been deployed to the area to provide support to the Libyan Army under the command of Gen. Khalifa Haftar.

Haftar's forces were recently defeated in a series of attacks by the Benghazi Defense Brigades (BDB) on oil fields under his control.

An Egyptian military spokesman denied the reports and the Russian Defense Ministry has not commented. The US army has not responded to the reports either.

Egypt and Russia have been cooperating militarily over the past year. Last October, the Russian and Egyptian armies held a joint exercise in Egypt titled "Defenders of Friendship 2016."

Russia sent 800 soldiers, 15 helicopters and 100 tons of military equipment for the drill.