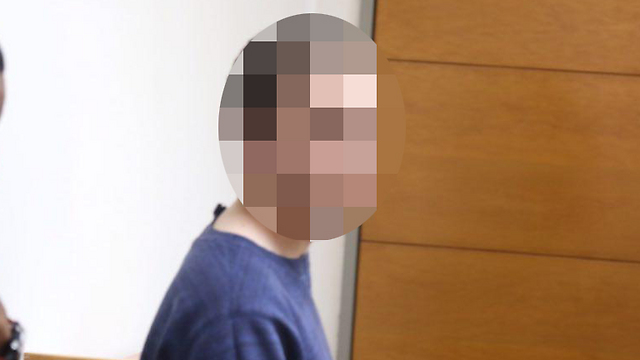 Israeli allegedly behind hoax bomb threats against US Jewish centers

A 19-year-old Israeli has been arrested on suspicion of making hoax bomb threats to Jewish community centers in the US, Australia, New Zealand and Israel; his father has also been arrested in connection with the investigation.

An Israeli man was arrested Thursday morning on suspicion of making false bomb threats against Jewish community centers in the United States, Australia, New Zealand and Israel over the past three months.

The suspect, 19, from Ashkelon, was arrested by the Israel Police's International Crime Investigations Unit at the request of American authorities after suspicions arose the threats were coming from Israel. His father was also detained for questioning.

Their remands were extended until March 30.

The suspect is believed to be behind hundreds of these hoax calls. He allegedly attempted to technologically mask the origin of his threatening communications to synagogues, community buildings and public venues.

Police seized a large Wi-Fi antenna on the window of the suspect's home, five computers, multiple network cards and other various multimedia devices.

During the hearing, Judge Amit Michles noted that the evidence presented convincingly ties the suspect to a series of calls made around the world to various institutions.

Furthermore, the judge also expressed surprise at the fact that the suspect chose to remain silent during his interrogation, saying that "it is a puzzling fact for someone without a criminal record to remain silent, when according to his attorney, he did not commit the acts police are accusing him of."

It is reported that at the time of the arrest, the 19-year-old suspect attempted to grab a policewoman's pistol and tried to harm himself, but was stopped.

His lawyer requested that he be placed under supervision after raising concern for his mental wellbeing and claiming that he might try to harm himself.

According to his lawyer, the suspect has been suffering from brain tumor since the age of 14, and as a result, has been homeschooled ever since. According to her, the illness affects his behavior, which impedes him from working and even prevented him from being conscripted into the IDF.

The suspect, who is also a US citizen, allegedly called the Israel Police's 100 call emergency call center two months ago, claiming that bombs had been planted in several educational institutions across the country.

The caller, with a woman's voice, warned,"You have a bomb in the school." No explosives were found in any of the schools in question.

The suspect also allegedly made similar reports about bombs at New Zealand schools several months ago. Similar threats were also made in Australia, several European countries, and in the United States against Jewish Community Center (JCC) buildings.

In most cases, the traces led back to Israel.

The investigation, coordinated by the FBI, required international cooperation by law enforcement and intelligence agencies.

The antenna he allegedly used to make the calls

US Attorney General Jeff Sessions said in a statement Thursday that the arrest is the result of a large investigation into hate crimes against the Jewish community. He says the Justice Department "will not tolerate the targeting of any community in the country on the basis of their religious beliefs," calling the work by the FBI and Israeli police "outstanding."

The Anti-Defamation League says there have been more than 120 bomb threats against US Jewish community centers and day schools in the US since January 9th. Those threats led to evacuations of the buildings, upset Jewish communities and raised fears of rising anti-Semitism. The threats were accompanied by acts of vandalism on several Jewish cemeteries.