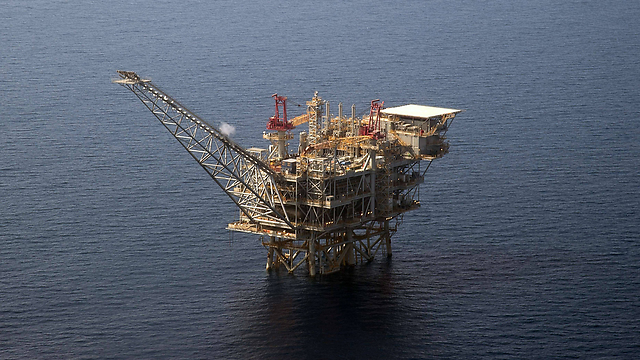 In response to news of Israeli legislation concerning maritime demarcation between the two enemy states, Lebanon's Speaker of Parliament warns that such a bill is 'a declaration of war.'

Nabih Berri, Speaker of the Lebanese Parliament, called Israel's proposed legislation to annex a section of disputed maritime territory a "declaration of war."

In an interview with Lebanese media, Berri said, "This will be the Shebaa Farms conflict at sea, which will open a situation with many dangerous possibilities."

Last week, Yedioth Ahronoth learned that the Israeli government is planning to pass the Maritime Areas Bill, which will define Israel's economic waters and include the disputed maritime territory between Lebanon and Israel.

The disputed territory is an 800 square-kilometer triangular section of the sea beginning near Rosh HaNikra (marked in the map above as sections 1-3). Both states claim ownership and the right to search for and harvest natural gas, oil or other natural resources.

The application of the law has been delayed for years while the United States and UN attempted to mediate the dispute.

In response, Israel formally protested the Lebanese decision at the UN and decided to promote the aforementioned bill.

"This is a new attack by Israel on Lebanese sovereignty. What was exposed in the Israeli press is not a casual move, but rather the way Israel is trying to take control of gas and oil in our economic territory," said Berri.

Israel's Ministry of Energy issued a statement saying, "The Maritime Areas Bill is intended to clearly define the various maritime areas according to international law, and Israeli law will apply to them. Regarding the disputed area with Lebanon, Israel did not include it in the tender process and is open to all dialogue for solutions while safeguarding the Israeli interest."