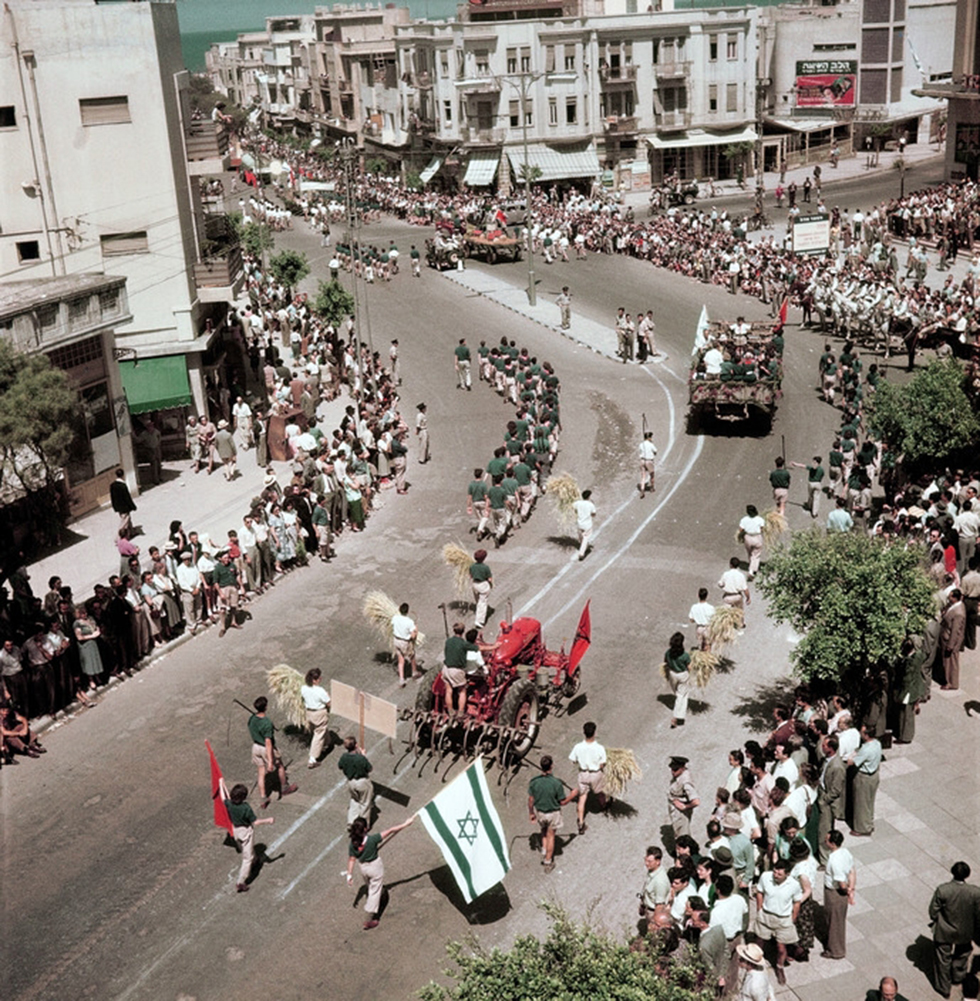 Watch the photos set to be shown in the upcoming exhibition of David Seymour's photographs, capturing Israel's first years through the lens of the renowned photographer.

Chim was made famous for his pictures of the Spanish civil war and the pictures he took of orphans after WWII. He had a great affinity for Israel, and at some point even considered moving to Israel and establishing a photography magazine.

A makeshift Chuppah from 1952, held up by pitchforks and rifles (Photo: David Seymour)

A tan man drilling into the cavernous mines of Timna, where the legendary mines of King Solomon were thought to be. The photograph was used in Life Magazine in 1952 (Photo: David Seymour)

In the end, he didn't manage to fulfill that dream. In 1956, while documenting the Suez Crisis, Chim was killed by Egyptian fire during a hostage exchange in the Sinai.

David Ben-Gurion with children, 1953, shot days after he announced his resignation from the prime ministership and plans to relocate to Sde Boker (Photo: David Seymour)

A little girl hangs up laundry below a sign marking the border between east and west Jerusalem, 1954 (Photo: David Seymour)

Tel Aviv's famed Independence Park, 1952, hosting an aerobics group (Photo: David Seymour)
A new exhibition named "Capturing History," curated by Asaf Galay, will display Chim's photographs, showing his capture of Israel's first years. It is set to open in March 29 in Beit Hatfutsot Museum in Tel Aviv. Here are some of the photos shown in the exhibition: