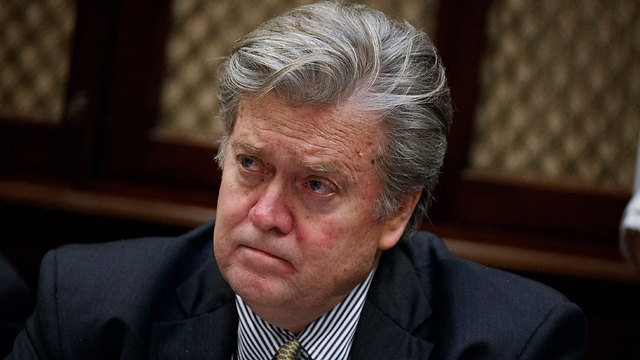 Donald Trump dismisses Steve Bannon, his extreme right-wing and senior strategist, from the National Security Council; the appointment of Bannon, a controversial figure, led to harsh criticism against the president.

US President Donald Trump removed his chief strategist Steve Bannon from the National Security Council on Wednesday, reversing his controversial decision early this year to give a political adviser an unprecedented role in security discussions.

Trump's overhaul of the NSC, confirmed by a White House official, also elevated General Joseph Dunford, chairman of the Joint Chiefs of Staff and Dan Coats, the director of National Intelligence who heads all 17 US intelligence agencies. The official said the change moves the NSC "back to its core function of what its supposed to do."

It also appears to mark a victory by national security adviser H.R. McMaster, who had told some national security experts he felt he was in a battle to the death with Bannon and others on the White House staff.

Trump's White House team has grappled with infighting and palace intrigue. In recent days, several other senior US foreign policy and national security officials have said the mechanisms for shaping the Trump administration's response to pressing challenges such as Syria, North Korea and Iran were still not in place. Critics of Bannon's role on the NSC said it gave too much weight in decision-making to someone who lacked foreign policy expertise.

The White House official said Bannon was no longer needed on the NSC after the departure of Trump's first national security adviser, Michael Flynn.

Flynn was forced to resign on February 13 over his contacts with Russia's ambassador to the United States, Sergei Kislyak, prior to Trump's taking office on January 20. The official said Bannon had been placed on the NSC originally as a check on Flynn and had only ever attended one of the NSC's regular meetings. The official dismissed questions about a power struggle between Bannon and McMaster, saying they shared the same world view. However, two current national security officials rejected the White House explanation, noting that two months have passed since Flynn's departure. McMaster, they said, speaking on the condition of anonymity, also has dueled with Bannon and others over direct access to Trump; the future of deputy national security adviser K.T. McFarland, a former Fox News commentator; intelligence director Ezra Cohen-Watnick, a Flynn appointee; and other staffing decisions. Trump is preparing for his first face-to-face meeting on Thursday and Friday with Chinese President Xi Jinping with the threat of North Korea's nuclear and missile programs a key component of their talks.