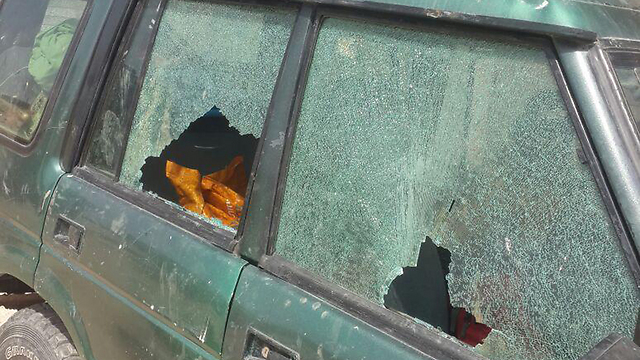 Israeli settlers from the Yitzhar area made their way to the outskirts of the Palestinian village of Urif, causing heavy damage to one of the houses and vehicles; at least one Palestinian was injured by IDF's use of riot control, and two Palestinians were later wounded by stones thrown by settlers at Huwara.

Violent incidents erupted between settlers and Palestinians on Saturday afternoon, as settlers who arrived to the outskirts of the Palestinian village of Urif caused heavy damage to one of the houses and property.

The Palestinians in Urif began to throw stones at the settlers who entered the village. Following the incident, an IDF unit arrived at the scene and used riot control measures towards the Palestinians, wounding at least one.

Later on, the settlers returned to Yitzhar and uprooted trees from Palestinian orchards, and set fire to open areas. According to the IDF, the IDF and the Border Police dispersed those involved and during the operation, the Palestinians threw firecrackers at the soldiers, which again used riot control measures. The police apprehended a suspect.