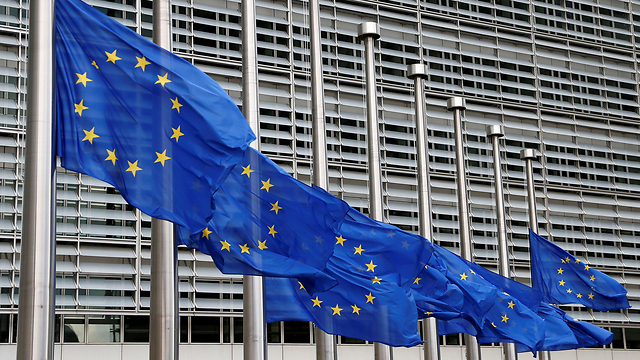 The European Union Delegation to the State of Israel commemorated Holocaust Martyrs’ and Heroes’ Remembrance Day on Sunday evening by releasing a statement together with the 27 EU embassies present in the Jewish state. Luxembourg does not maintain a mission in Israel.

The statement in full reads, “Today, on Yom HaShoah, the EU Delegation to the State of Israel, together with all Embassies of EU Member States in Israel, remember with heavy hearts, the six million Jews, men, women and children, who were murdered in the Holocaust by the Nazis.

“On this day, we reflect on the atrocities that took place during one of the darkest chapters of European history but also draw strength from the survivors who are still among us and from the humanity of those who risked their lives while saving others.

“We join the people of Israel and the Jewish communities across the EU in their commemoration of the victims of the Holocaust and are with them in their prayers. As Nobel Prize winner Elie Wiesel reminded us, ‘'Memory has become a sacred duty of all people of goodwill.’ The European Union reaffirms its duty and responsibility, now and for the sake of future generations, never to forget.

“In the current reality of rising anti-Semitism, fanaticism and violence worldwide, the European Union is determined to prevent and fight anti-Semitism in all its forms and to make sure that Jews feel totally safe in Europe. We stand together in our efforts to resist this present tide of hatred and evil.

"The values of democracy and human dignity on which the European Union was founded continue to guide us in these challenging times as we seek to maintain our vision of peace and tolerance for all citizens of the European Union.”

The American Embassy in Tel Aviv also issued a statement, commenting, “On the eve of Holocaust Remembrance Day, the US Embassy in Tel Aviv stands with the Israeli people in commemorating the victims of Nazi persecution. We honor both those who were murdered and those who survived to teach us the lessons of the past.”