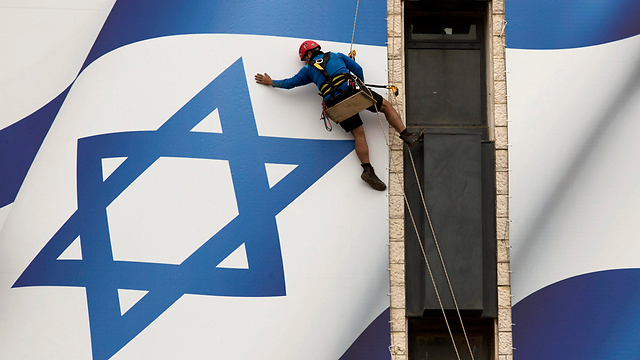 According to the Central Bureau of Statistics, 43% of the world's Jews are residing in Israel 69 years after its establishment; over the past year, 174,000 Israelis were born, and 30,000 immigrants made aliyah.

On the eve of Israel's 69th Independence Day, the population of Israel stands at 8,680,000 people.

According to data published by the Central Bureau of Statistics (CBS), the population increased by about 159,000 during the past year, an increase of 1.9%.

The Central Bureau of Statistics (CBS) also conducted a global demographic comparison between the number of Jews in 1948 and today.

The Jewish population today stands at approximately 6,484,000 residents (74.7% of the total population). The Arab population is approximately 1,808,000 (20.8%) and the population of non-Arab Christians, people of other religions and people with no religious affiliation totaled around 388,000 (4.5%).

According to CBS data, 75% of the Jewish population is comprised of native Israelis; 44% define themselves as secular; 24% are traditional or not very religious; 12% are observant; 11% are religious, and 9% are ultra-Orthodox.

Among non-Jews, the picture is different: the majority (52%) are religious; 21% define themselves as secular; 23% are not so religious, and 4% are extremely religious.

The largest city is still Jerusalem, home to about 865,700 residents. The smallest town is Neve Zohar in the Tamar Regional Council, which has 71 residents.

In 1948, there were only two institutions of higher education in Israel (the Hebrew University and the Technion), whereas today, there are 63, including nine universities and 33 colleges.