Taking a simulated flight in the F-35
Photo: Lockheed Martin 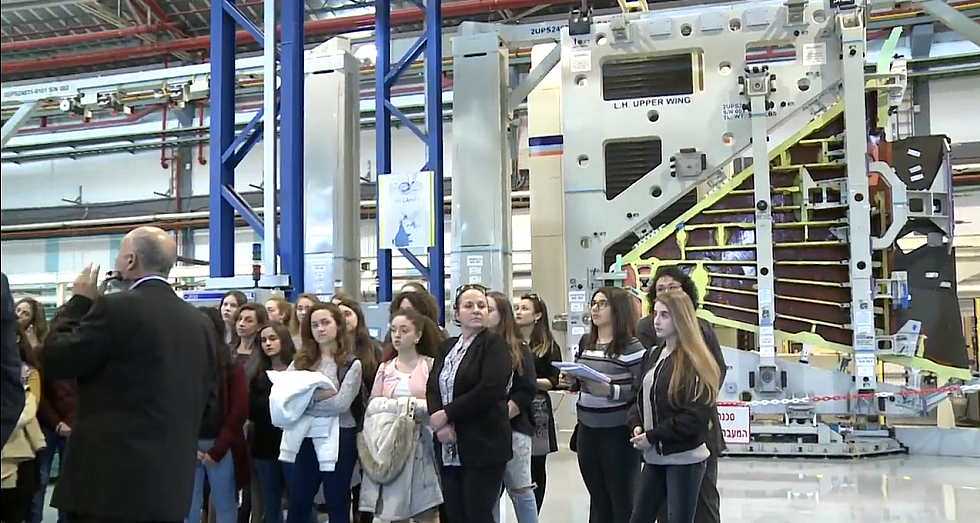 The sky is not the limit

"My dream is to be a pilot in the Israeli Air Force," were Omer Pinto's first words right after she had her first flight on an F-35 flight simulator.

Pinto, Hila Fishman, Michal Shapira and Einav Harmlin are four of 100 outstanding 11th graders who over the past three months took part in the "Tomorrow's Women Engineers 2" project in cooperation with the Israel Aerospace Industries (IAI), Yedioth Ahronoth and Ynet.

The girls heard lectures from leading women in defense and hi-tech companies, toured IAI's factories, and put many hours into the project's crowning glory—workshops in which they teamed up with engineers from the IAI to find breakthrough technological solutions to familiar everyday problems.

One of those tours was on the IAI production line of the F-35's wings. “When I heard about Tomorrow's Women Engineers, I thought that a visit to the giant F-35 production line in the US would be a most suitable culmination for the four aspiring engineers,” said Joshua (Shiki) Shani, CEO of Lockheed Martin Israel.

"Lockheed Martin is a long-time partner with IAI in the F-16 program and recently also in the F-35 program, which is the company's flagship program."

Tomorrow's Women Engineers seeks to address a shortage in engineers and scientists in Israel, mostly female, and to empower young women to pursue scientific careers.