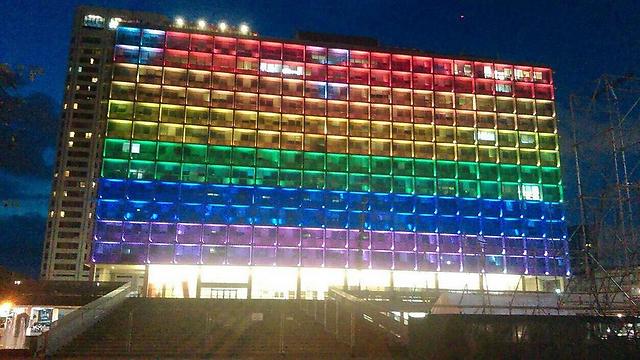 From the Israeli Opera and the world's first gay market to Imri Ziv's performance and the colorful parade on the beach, Tel Aviv gears up to celebrate pride with expected 200,000 people.

Israel’s LGBT community and its supporters are preparing to take part in Tel Aviv's 19th Pride Parade set to be held on June 9, that will include a variety of activities including artist performances for an expected 200,000 attendees.

This year's parade will focus on the bisexual community, under the tagline Let it Be, and will start at 12:00pm local time in Meir Park.

The floats escorting the parade will start rolling at 1:00pm along the promenade, eventually reaching Charles Clore Park, where several concerts will be held.

Performers will include Army of Lovers, Julieta, Shimi Tavori and several interchanging DJs.

Tel Aviv Municipality is expecting a record number of about 200,000 attendees, with around 30,000 tourists.

More than 30 events will take place across the city during the week leading up to the parade, in collaboration with cultural institutions like the Habima Theater, the Cameri Theater, the Tel Aviv Museum of Art and the Israeli Opera.

The Habima Theater will feature a fashion show of the theatre's stars in cross-dress, as well as monologues and poetry by actors about the subject of bisexuality.

The Allenby-Rothschild market in Tel Aviv will become the "Tel Aviv pride market," the world's first gay pride market, with live performances, DJs and parties. The market will be filled with pride colors, shops and food stands will prepare special pride dishes that will be served in rainbow boxes and will offer alcohol at special prices.

The Pride Market opened on June 1 with a live performance by singer Dikla and will wrap up on June 8 with a tribute concert to the Pet Shop Boys and a performance by Imri Ziv.

The Israeli Opera will be collaborating with the community for the first time in a huge outdoor show, in front of the NYX Hotel with special arrangements of ABBA's greatest hits.

The NYX Hotel will also host the PAG party line for a pride party on Wednesday, June 7, and will hold various events throughout the week.

On Wednesday, a huge event will take place at Meir Park with the participation of dozens of drag queens celebrating the most notable divas. The event will be held in memory of the late Gila Goldstein and in order to raise awareness of HIV in the gay community, in cooperation with the Israel AIDS Task Force.

On the eve of the Gay Pride Parade, round tables will be held in Habima Square, led by the "Circles" project, and with a large representation of characters, showcasing the different faces of the community and inviting members of the community, residents and elected officials to get to know the wide array.

All day, every day during the upcoming week

Building B of Dizengoff Center will host the gay community, highlighting the parade's main theme of bisexuality. Among the events that will take place in the center: readings of gay-themed literature, drag racing on heels and more.