One of the arrests
Credit: Radical Haredi Protests group 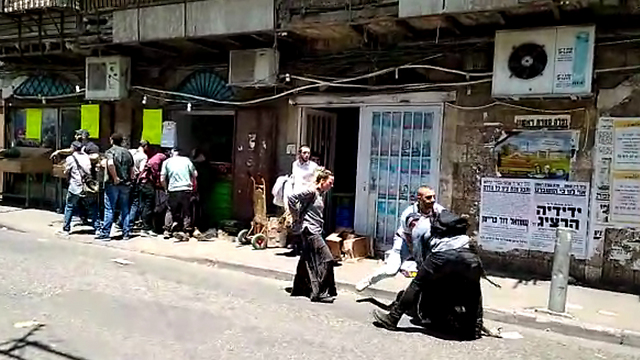 A police operation in the Haredi neighborhood leads to the arrests; during the arrests, a riot breaks out in which three policemen were slightly injured by stones thrown at them.

The Israel Police arrested 16 ultra-Orthodox men for allegedly attacking men wearing IDF uniforms in Jerusalem on Friday. The arrests, made in the Haredi Mea Shearim neighborhood, were part of an ongoing police operation to detain those who attack soldiers

During the arrests, a group of ultra-Orthodox passers-by began rioting and throwing stones, causing minor injuries to three police officers.
One of the arrests    (Credit: Radical Haredi Protests group)
X

One of the arrests

All of those arrested were taken for questioning. They were to be later brought to court for a hearing on extending their remand.

One of the arrests (Credit: Radical Haredi Protests group)

The police reported that this operation is part of a series of both overt and covert ones in Jerusalem and in the region.

"The Israel Police will work hard against anyone who chooses to attack uniformed personnel wherever they are, as well as those who attack policemen while carrying out operational activity," the police announced in a statement.