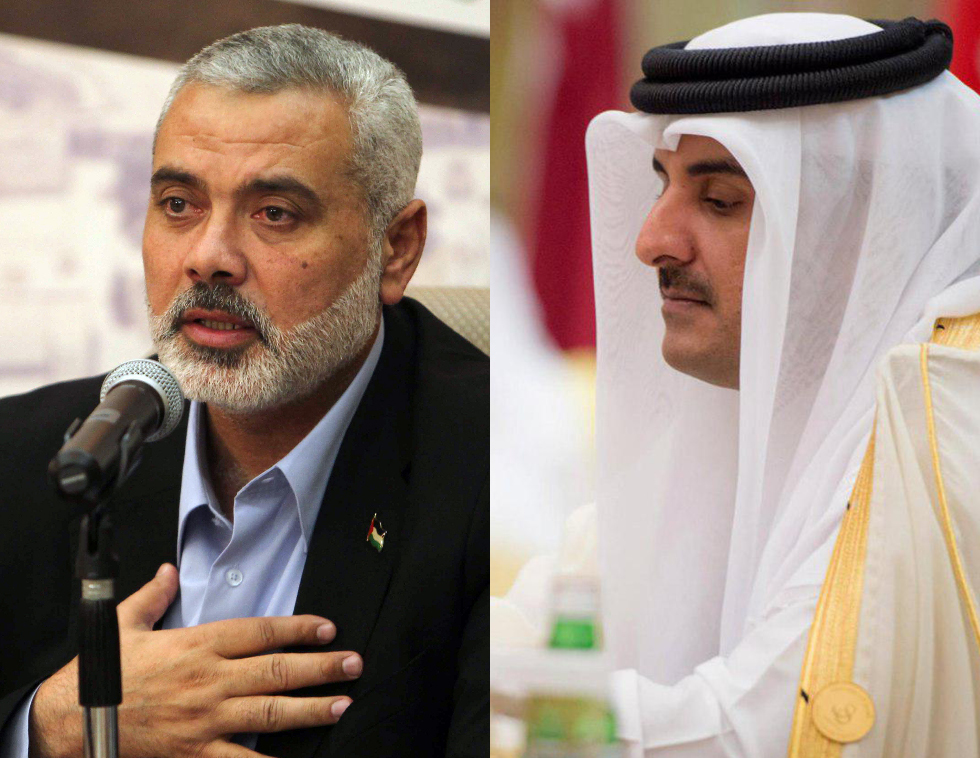 Terror group denies reports that Qatar has banished organization members from the capital, Doha; according to sources, operatives with ties to the West Bank movement of Hamas were asked to leave.

Hamas spokesman Husam Badran denied reports that Qatar had issued his terror organization with a list of members required to leave the country.

According to sources, the list includes mainly members of Hamas who are responsible for coordinating with the organization's leadership in the West Bank. It was also reported that Salah al-Arouri, the man in charge of Hamas' military infrastructure in the West Bank, left the capital for Malaysia.

According to Prof. Uzi Rabi, "Qatar is a different case in the Arab world. It is almost the world's richest country, it has no army and it always tries to be independent; they're going to host the World Cup and they even have their own tennis tournament. There has never been an ISIS or al-Qaeda terror attack there because they pay and buy immunity. They even have relations with both Iran and Israel. This is the bad boy of the Middle East.

"Israel is most likely active behind the scenes and provided the list to Qatar, which is full of operatives who have an operational connection to the West Bank," Rabi surmised. "Qatar probably obliged in order to tone down criticism against itself."

Dr. Kobi Michael, of the Institute for National Security Studies urged more caution, saying that words would not necessarily be followed by actions. "Qatar's agreement to expel these people must be taken with a grain of salt. Just because Qatar said it would does not necessarily mean it will," he said. "This is a Qatari move aimed at reducing damage, in order to expand a certain policy, which is to improve relations with the Gulf States and the pragmatic Sunni camp, and to reduce US pressure on it.

"It should be remembered that Qatar is the most significant factor in all the rehabilitation processes being carried out today in the Gaza Strip, certainly from the financial point of view," added Dr. Michael.

"There is no situation here where Qatar and Hamas are in equal positions. Hamas is much more dependent on Qatar than Qatar is on Hamas, so Qatar feels safe enough to declare this move."