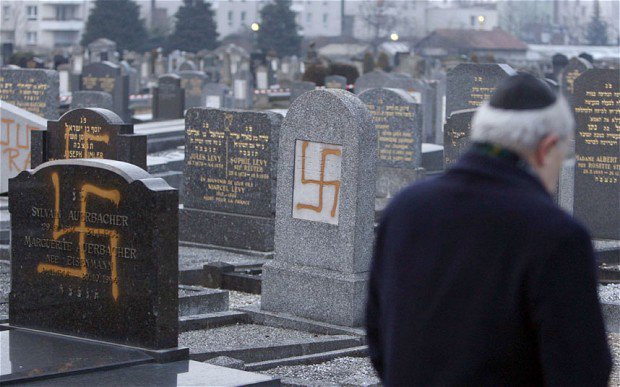 Channel ARTE is accused of biased censorship after shelving a documentary about anti-Semitism in Europe, saying it was not 'balanced' and the topic was 'very sensitive.'

A documentary about anti-Semitism in Europe has been pulled by French-German TV channel ARTE, causing outrage in Germany amid allegations of censorship.

The 90-minute documentary "Chosen and Excluded – The Hate for Jews in Europe" by directors Joachim Schroeder and Sophie Hafner was commissioned by ARTE and produced by the German public broadcaster WDR.

But ARTE's French head of programming, Alain Le Diberder, decided to pull the plug on the film and would not approve the recording of French dubbing for it.

File photo: Reuters
The German daily Bild, one of the many media bodies in the country to protest the alleged censorship, posted the movie on its website for free on Tuesday, risking a copyright violation lawsuit from the producers. In France, a newspaper posted the movie's script, translated into French, online. The documentary includes, among other things, a song calling to "Free Palestine" and comes out against compensation payments to the victims of the Holocaust; an interview with a Gazan child who says he wants to be an engineer when he grows up so he could blow up Jews; and a quote from a Hamas sheikh who claims that "Allah has punished the Jews many times throughout history with the Assyrians and the Babylonian, the German and the Roman. It's the Islamic nation's turn to punish them again." The problems with the documentary began in 2015, when the French branch of ARTE started making things difficult for the director, Joachim Schroeder. "You have to understand that this subject is very sensitive in France. We are stuck between the Jewish lobby and the Muslim lobby," Schroeder was told by Marco Nassivera, head of the Department of Information and News at ARTE.

Le Diberder, meanwhile, demanded that another expert, Ahmad Mansour, an Arab-Israeli psychologist who lives in Germany and is considered the representative of enlightened Islam, be added to the film. Mansour was included in the film, but Le Diberder decided not to air the film regardless, claiming "there is no mention of Mansour's participation, which was supposed to ensure balance in the film, and the film also does not touch on all the issues that were promised."

The script shows that what apparently angered the network were scenes dealing with the corruption in organizations that send aid money to Gaza, or Palestinian students who say, "before we blame the world, we have to blame ourselves. A profound change in Palestinian society is needed." Pink Floyd founder Roger Waters also appears in the documentary. There are also Palestinian interviewees who work together with Israelis in factories in the West Bank that attest to equality in working conditions. Mansour, who served as the pretext to pull the film, actually came to the filmmakers' defense. "I'm surprised a public television station so well-known as ARTE has a problem with reality," he said.

French journalist Catherine Dupeyron, who assisted in the research for the documentary in France, says, "What is disturbing is the sad truth about our country: criminal anti-Semitism that originates not only in the extreme right, but also stems from hatred of Jews in the context of the Israeli-Palestinian conflict."