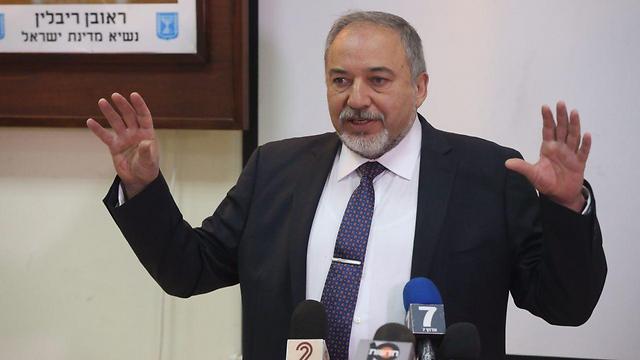 In comments published by COGAT, Lieberman blames the Gaza electricity crisis on Hamas, criticizing the militant group for investing money only in terror as opposed to health, education and civil services; Lieberman emphasizes Israel is ready to help rebuild Gaza on only one condition—demilitarization.

Lieberman made his comments in an interview published on the Coordinator of Government Activities in the Territories (COGAT) website, complete with an Arabic translation. He added, "Those who need to pay for electricity are the Hamas leadership and the Palestinian Authority—we are not parties to the matter. If they pay, they'll get electricity. If they don't pay, they won't get electricity."

The Yisrael Beiteinu chairman said that Israel was ready to supply electricity to the Gaza Strip, however, he added that Israel was not the party that needed to pay for it. Lieberman emphasized that after a decade of Hamas rule in Gaza, the situation is still difficult.

"We have supplied electricity and we are ready to continue supplying," said Lieberman. "It is important to emphasize that Hamas collects NIS 100 million each month from taxes in the Gaza Strip. All this money—instead of going to education, improving the health system and improving water infrastructure—goes to terror infrastructure, tunnels and rockets."

Lieberman added, "It is clear that the decade in which Hamas seized power has been a decade of suffering, three military operations and services at the lowest levels. There is a shortage of electricity, poor sanitary conditions—it is a low point never before seen in Gaza. I advise all Gaza residents to look at the situation in the West Bank and compare the living conditions there with those in Gaza. Those who are at fault are Hamas."

According to Lieberman, "Hamas is trying to divert the anger. It is trying to get rid of its failures and direct them at Israel. The opposite is true. Israel is ready to build industrial areas, to create jobs, to be a partner in construction of desalination plants and electrical plants—but the basic condition is demilitarization. If there is demilitarization, there will be rehabilitation."

In closing remarks, Lieberman addressed Gaza residents directly, saying, "You need to turn to the Hamas leadership and demand that they stop terror, stop investing in rockets and tunnels. Demand that Hamas invest money in education and health."