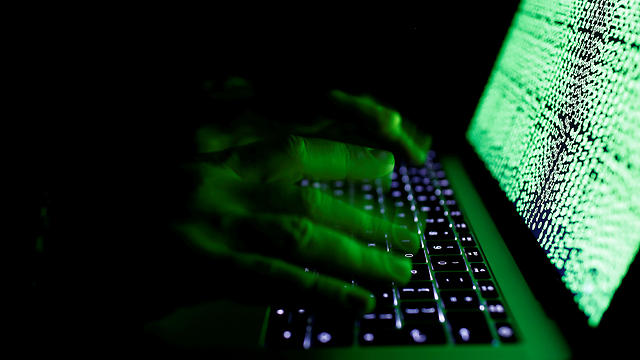 The Shin Bet's director announces during conference that Israel has gone on the offensive against hackers seeking to carry out cyber attacks on Israel, arguing that 'passive defense' is not enough; Mossad also launches technological innovation fund to ‘strengthen both startup companies and the Mossad’s knowledge base.’

Israel's security chief said Tuesday that the Shin Bet has gone on the offensive against hackers trying to carry out cyberattacks against Israel on the internet. The remarks by Nadav Argaman are a rare admission of Israel's use of offensive cyber capabilities. Argaman comments were made at a cyber defense conference in Tel Aviv.
Video released by the Mossad    (צילום: המוסד)
X

Video released by the Mossad

He said that "passive defense" is not enough, and that the Shin Bet studied hackers' strategies and developed "a variety of ways and methods" on how to strike back.

Israeli cyber officials are ordinarily reluctant to discuss the use of offensive capabilities against hackers.

Libertad—the Latin word for freedom and also the name of a ship that carried immigrants from Bulgaria to mandatory Palestine during World War II—will invest up to NIS 2 million in five startups every year working on groundbreaking technologies at the R&D stage.

Developers would retain the rights to their product and could sell it on, a Libertad statement read.

"The Mossad wants to encourage innovation and creation of groundbreaking technology ... the technology developed will be implemented by us, in cooperation between the parties," it continued.

It advised potential applicants to "closely observe" areas of interest on its website and said that calls for proposals would be posted publicly.

According to the fund’s website, Mossad is looking to make investments in the fields of robotics, energy encryption, webint and text analysis.

In a briefing to reporters, Eli Groner, the director general of the Prime Minister’s Office, and 'Aleph', a senior official from Mossad’s technology division, said the project had been in the works for the last year-and-a-half and that the project aimed to take advantage of the ecosystem of the Start Up Nation in order to “give Mossad access to the most advanced and relevant technologies to the organization;s dynamic needs.”

“Our goal is to retain our technological superiority and we understand that in today’s technological world, we need efficient technological solutions,” said Aleph, whose name could not be revealed due to state secrecy.

“We are looking for companies that are at an early stage of development and that have good ideas …. so that we can get the technologies we need. At the moment we do not have a mechanism that is sufficiently agile and flexible to work with startups so we set up the fund.”

In return for financing R&D programs, the Mossad will receive a license to use the technology developed, without imposing any restrictions on the IP developed, and without paying royalties.

Part of this report was reprinted with the permission of TPS