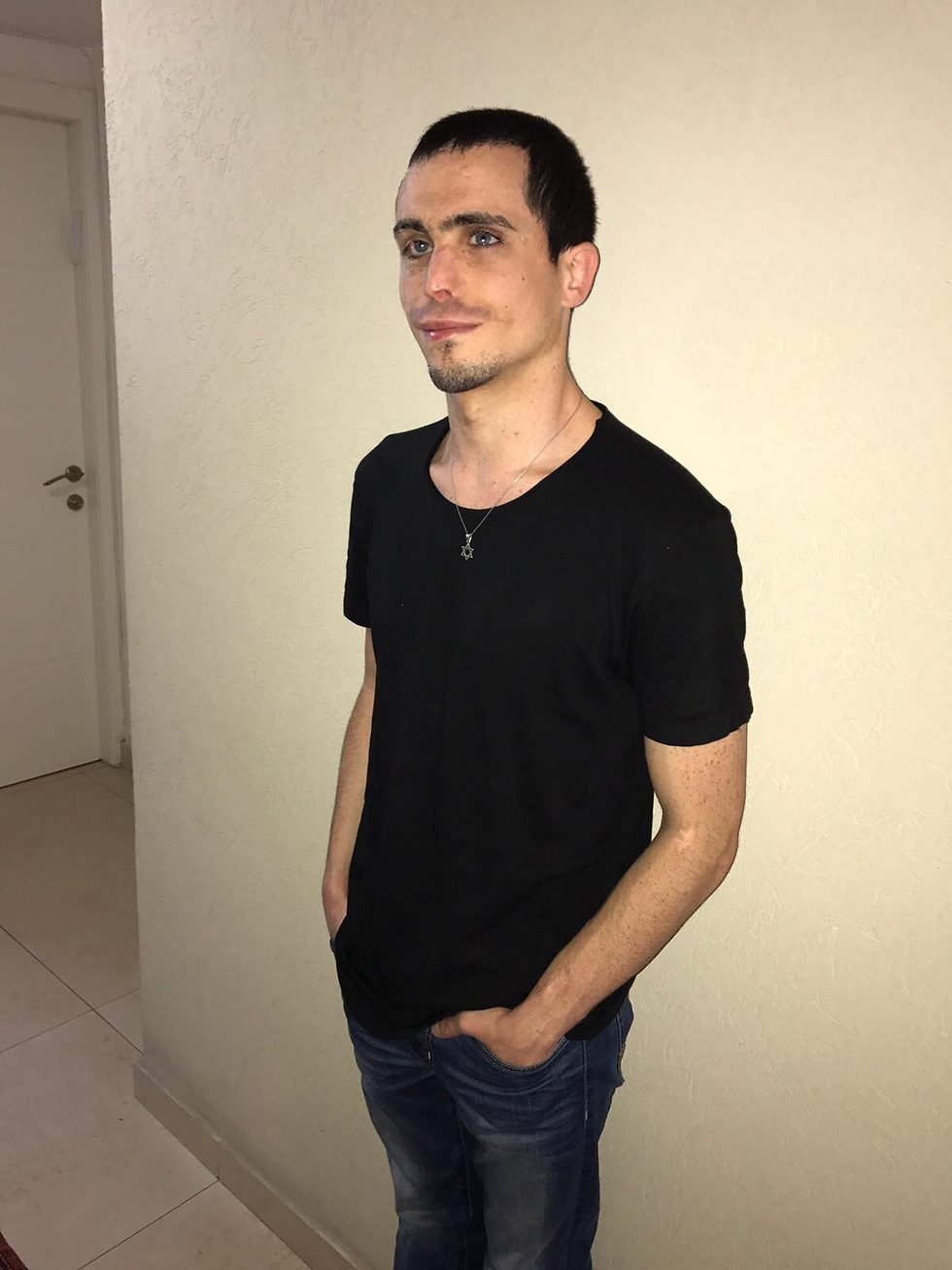 Oren Almog lost five members of his family, along with his eyesight, in a terror attack when he was only 10 years old; fourteen years later, he is set to address the Security Council in opposition to the Palestinian Authority's payments to convicted terrorists in Israeli prisons and their families.

Oren Almog, who lost five members of his family along with his eyesight in a terrorist attack at the Maxim restaurant in Haifa in 2003, where 21 died and 51 were wounded, will speak at the UN Security Council next month as part of the Israeli government's struggle against the Palestinian Authority's payments to convicted terrorists.

Almog will travel to the UN Security Council at the initiative of Israel's ambassador to the United Nations, Danny Danon, and in cooperation with the pro-Israel advocacy organization StandWithUs.

Oren Almog, now 24, will call to end terrorist stipends
"Those responsible for the murder of my family receive a monthly payment from the PA," Almog told Yedioth Ahronoth. "The Palestinian leadership speaks to the world about peace, but pays the terrorists and their families. This is explicit support for the murder of innocents. I will come to the UN and call upon the international community to act to stop this funding and to prevent future terror attacks." The Maxim restaurant suicide bombing was perpetrated by Hanadi Jaradat, who blew herself up in as an act of revenge after Israel Defense Forces undercover operatives in Jenin killed her cousin and her younger brother, both of whom were members of Islamic Jihad, with her cousin being a senior member of the Al-Quds Brigades group. According to Haifa police sources, the aftermath was gruesome, with some of the dead still sitting upright at their tables, while others, including children and babies, were slammed against the walls. Among the victims were two families and four children, including a two-month-old baby.

Aftermath of the Maxim restaurant suicide bombing (Photo: Meir Partush)
Almog's father Moshe, his brother Tomer, his grandfather Ze'ev, his grandmother Ruth and his cousin Asaf all perished in the attack. His mother, sister and aunt were wounded. The person who planned the attack, along with the person who aided Jaradat in the execution of the bombing, were sentenced to decades in prison, yet receive $3,000 a month from the PA. Almog, who was at the age of 10 at the time of the attack, was seriously wounded and blinded. After his discharge from the hospital, he began a long rehabilitation process, at the end of which he won third place in the Blind Sailing International Championship. Following that, and despite his limitations, he insisted on enlisting in the IDF and served in an elite unit. After his release he founded a technological and technological venture, and today he works for Etgarim: Israel Association for the Disabled, lectures on his personal story and is involved in entrepreneurship in several projects. Almog is not the first terror victim to speak at the United Nations against PA's funding of terrorists. In May, Ruth Schwartz, the mother of the late Ezra Schwartz—a US citizen who was murdered in the Gush Etzion attack in November 2015, arrived at the UN and called to stop the payments to the family of the terrorist who murdered her son.