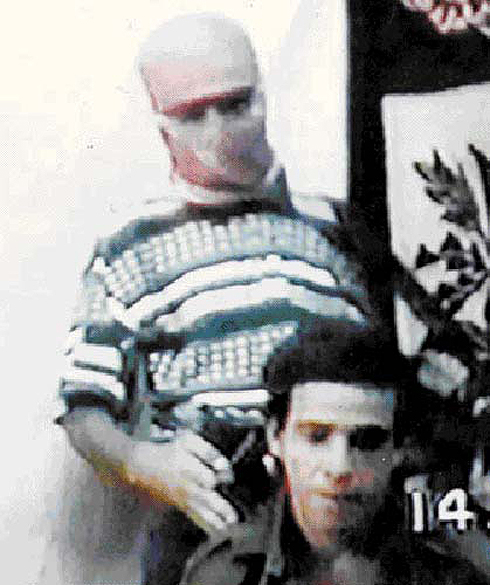 Shin Bet and police forces uncover a Hamas payment network that provided financial assistance to the families of convicted terrorists, including the mother of a terrorist who carried out the kidnapping and murder of Sgt. Nachshon Wachsman in 1994; security forces raid homes of families, seize NIS 100,000 in cash.

Shin Bet and police forces uncovered a network of money transfers from Hamas to the families of convicted terrorists, including the mother of Tarek Abu-Arafa, who took part in the 1994 kidnapping and murder of IDF soldier Nachson Wachsman.

According to police and the Shin Bet, the financial transfers uncovered were managed by Hamas operatives from the Gaza Strip. The purpose of the transfers was to provide financial support to the families of terrorists with the intent of encouraging more terrorism.

More than NIS 100,000 in cash was seized along with one vehicle.

The raids were carried out in Ras al-Amud, Beit Hanina, Isawiya and Wadi al-Joz in east Jerusalem.

According to security forces, other families of convicted terrorists include: Ahmad Fathi Abu Shaban, who carried out a stabbing attack at the Jerusalem Central Bus Station in 2015; Musab Razala, who stabbed two police officers near IDF Square in Jerusalem in 2015; Omar Saqafi who carried out a combined vehicular and stabbing attack in Jerusalem; Hassan Mahani, who stabbed two people in Pisgat Ze'ev in 2015, and many others.