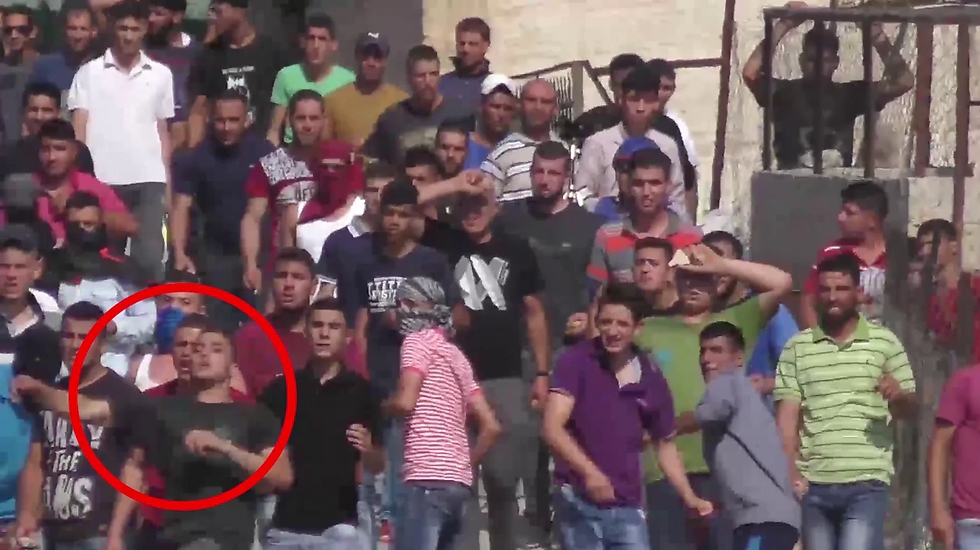 Improvements in the operation methods of the Nitzan Battalion have led to the incrimination of 650 of the main instigators of rioting and the imprisonment of some 200 of them since the beginning of 2017.

The Nitzan Combat Intelligence Collection Battalion has improved its operations in recent months to more efficiently catch main instigators and prominent rioters red-handed during Palestinian protests in the West Bank.

The recent improvements have led to the incrimination of 650 of the main instigators and the imprisonment of some 200 of them since the beginning of 2017.

Photo: IDF Spokesman's Office
The new operation methods have been perfected over the last two rounds of escalation in the West Bank over the past year and a half—during the Palestinian prisoners' hunger strike and during the Temple Mount crisis.

Photo: IDF Spokesman's Office
The Nitzan Battalion troops either stand on the front line along with the IDF or Border Police forces who are holding back the rioters or operate from concealed positions located 300-400 meters from the rioting.

The combat intelligence collection soldiers are equipped with protection gear as well as advanced Nikon cameras with 300-400mm lenses.

They use these cameras to document a rioter throwing a stone or a Molotov cocktail, while making sure to capture a clear shot of his face.

Photo: IDF Spokesman's Office
"We've improved our operation techniques, and we are working—throughout the entire operational process—with the Judea and Samaria Division's legal advisor and with intelligence forces to translate the materials we produce into legal evidence," the commander of the Nitzan Battalion, Lt. Col. Ayalon Peretz, told Ynet. "We reach the home of the rioter in a matter of days, arrest him and bring him in front of a judge. These are mostly rioters aged 18-30, because our focus is not on children and teens," he added.

"The stone-throwers who are not arrested might throw a Molotov cocktail in tomorrow's riot. The next day they might throw a Molotov cocktail on a vehicle on the roads, and in a week they might carry out a serious terror attack," Lt. Col. Peretz explained. "This accurate tool has led to a substantial drop in the number of rioters, and we've seen (evidence of) that in the protests over the Temple Mount crisis."

Photo: IDF Spokesman's Office
Alongside improving their technique in documenting rioting, the Nitzan Battalion is also aided by advanced technology: multirotor drones used by the forces help create an intelligence picture detailing where the rioters come from, how many there are, and where they flee to after throwing stones or Molotov cocktails. In this manner, even the masked rioters can be tracked and incriminated. The Nitzan Battalion forces operate both at spontaneous clash sites and regular rioting hotspots, the latter mostly on Fridays at Kafr Qaddum in the Samaria region, Tuqu' in Gush Etzion, Nabi Salih near Ramallah and the police (Shoter) checkpoint in Hebron.

The battalion has also recently began training Border Police troops to document the rioting, so footage they capture could be used to incriminate instigators as well.

Photo: IDF Spokesman's Office
While on operational duty in the Bethlehem area in recent weeks, the Nitzan Battalion soldiers arrested several Palestinian rioters they happened upon during a random check, who just a few weeks prior were documented rioting at Rachel's Tomb and near Tuqu'. Nitzan is the IDF's biggest battalion, with over 1,000 soldiers spread out through the southern Mount Hebron area, the Jerusalem area, the Jordan Valley and all the way to Jenin in the northern Samaria region.