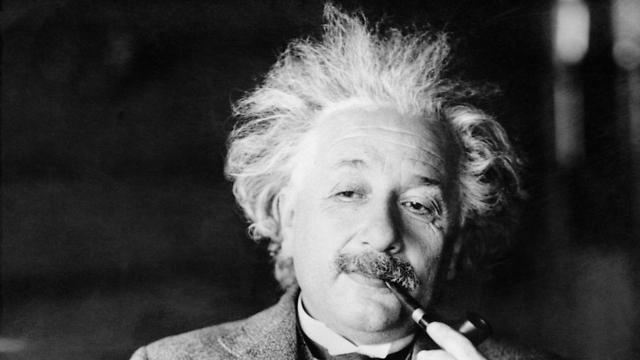 Note with Einstein's theory on life auctioned for $1.3 million

Short of money, the world's most famous scientist gave a bellboy a note containing a different kind of tip—his formula to a happy life; 'a calm and humble life' over 'the pursuit of success'; Einstein promised the bellboy the note’s worth would trump any tip he could give him; 100 years later he was vindicated when the bellboy’s nephew cashed in.

Strapped for cash in a Tokyo hotel, Albert Einstein wrote his take on life on a note and handed it to the bellboy instead of a tip. The physicist's formula for happy living fetched $1.3 million on Tuesday, a Jerusalem auction house said.

In 1922, Einstein was en route to Japan when the announcement came he would be awarded the 1921 Nobel prize in physics, Winner's Auctions and Exhibitions said.

Albert Einstein (Photo: AP)
Upon his arrival in Tokyo, he holed up in his hotel room trying to put his thoughts to paper. When an attendant came to his room to make a delivery, Einstein found himself without any money for a tip.

Einstein's formula to a good life (Photo: AFP)
Instead, he handed him a signed note with one sentence, written in German: "A calm and humble life will bring more happiness than the pursuit of success and the constant restlessness that comes with it."

Auction in Jerusalem (Photo: AP)
According to the auction house, Einstein advised the bellboy to keep the note, saying that some day its value will surpass the amount of a standard tip. Almost a 100 years later, Einstein was proven right after the bellboy's nephew contacted the auction house to put the note up for sale. The identity of the online buyer has not been revealed.