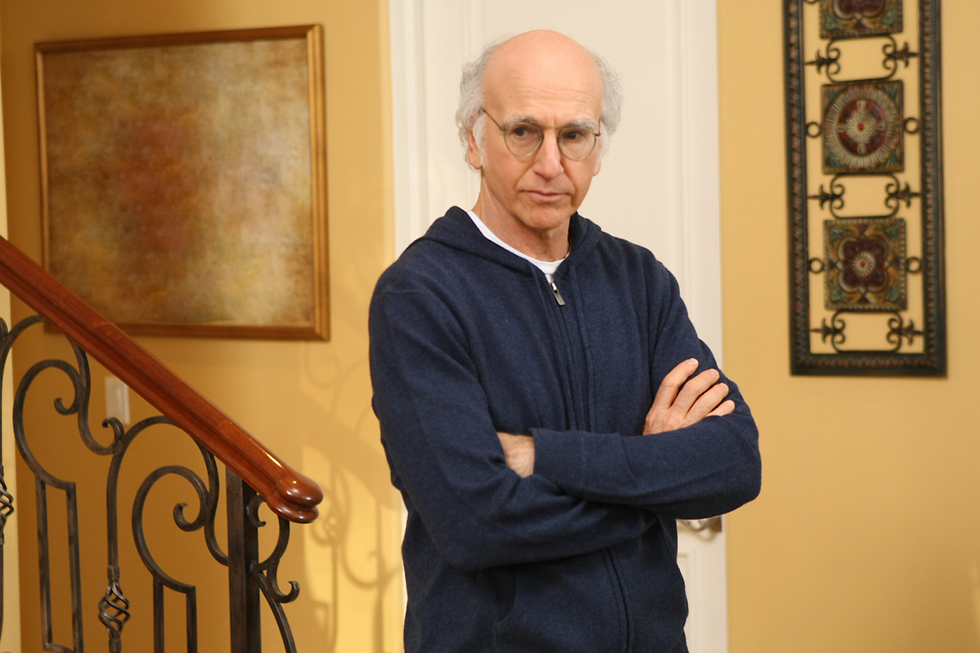 Jewish funnyman Larry David ("Curt Your Enthusiasm") made light of Holocaust concentration camps in his Saturday Night Live opening monologue Saturday, and was lambasted for it online.

"I've always been obsessed with women and I've often wondered, if I grew up in Poland when Hitler came to power and was sent to a concentration camp, would I still be checking out women in the camp?" David wondered aloud.

Answering in the affirmative, he went on to add another quandary: "The problem is there are no good opening lines at a concentration camp. 'How's it going? They treating you okay? You know, if we ever get out of here, I'd love to take you out for some latkes,'" the comedian joked.

David's opening monologue was also unafraid to touch on other hot-button issues, including the recent spate of sexual harassment allegations against Hollywood's most powerful men, with David not missing the opportunity to point something out regarding the identity of many of those accused.

"I couldn't help but notice a very disturbing pattern emerging, which is that many of the predators—not all of them, but many of them—are Jews. And I have three words to say to that: 'Oy vey zmir!'" he said.

"I don't like when Jews are in the headlines for notorious reasons. I want 'Einstein discovers the theory of relativity,' 'Salk cures polio.' What I don't want? 'Weinstein took it out,'" the Seinfeld co-creator added, referencing the scandal involving movie mogul Harvey Weinstein, accused of sexual misconduct over three decades.

Many views found the monologue tasteless and harmful to Jews, the memory of the Holocaust and sexual harassment accusations.

"WTF is wrong with Larry David? Did he actually think mixing sexual harassment with concentration camp humor is funny? What a train wreck," tweeted one perplexed viewer.