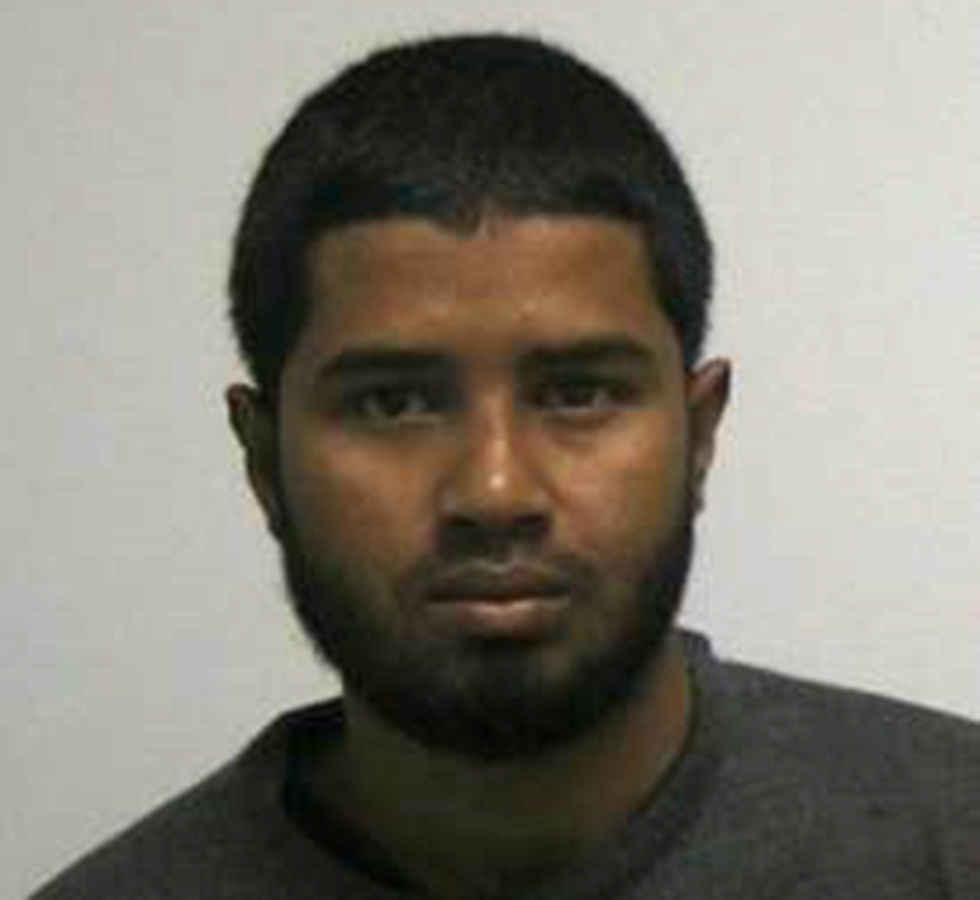 Would-be suicide subway bomber Akayed Ullah, 27, faces both federal and state charges after telling investigators: 'I did it for the Islamic State'; Bangladesh counterterrorism officers questioned his wife; Trump calls for closer scrutiny of foreigners who come to the country.

US prosecutors on Tuesday brought federal charges against the suspect in Monday's attempted suicide bombing in one of New York City's busiest commuter hubs, accusing him of supporting a foreign terrorist organization.

Akayed Ullah, a 27-year-old Bangladeshi and self-described supporter of the radical group Islamic State, was also charged in a criminal complaint filed in US district court in Manhattan with bombing a public place, destruction of property by means of explosive and use of a destructive device.

Ullah planned to "murder as many human beings as he could ... in support of a vicious terrorist cause," acting US attorney Joon Kim told a news conference after filing the charges.

New York City police have said that Ullah set off a pipe bomb in an underground corridor of the subway system that connects Times Square to the Port Authority Bus Terminal at rush hour on Monday morning, injuring himself and three others.

He told police interviewers after the blast, "I did it for the Islamic State," according to court papers filed by federal prosecutors.

Ullah began the process of self-radicalization in 2014 when he started viewing pro-Islamic State materials online and carried out his attack because he was angry over US policies in the Middle East, prosecutors said.

New York officials on Tuesday also filed state charges against Ullah, as investigators in his home country questioned his wife.

Ullah was charged with criminal possession of a weapon, supporting an act of terrorism, and making a terroristic threat under New York state law, the New York City Police Department said.

Scene of the incident in NY (Photo: Reuters)

The federal charges, which are expected to take precedence over the state charges, carry a maximum sentence of life in prison.

Officials declined to disclose Ullah's condition at Bellevue Hospital late on Tuesday. His first court appearance in the case could come as soon as Wednesday and may be conducted by video conference with a judge, a spokesman for the US Attorney's office said.

On the morning of the attack, Ullah posted on his Facebook page, "Trump you failed to protect your nation."

Ullah's passport, which was recovered from his home, had handwritten notes, including one that read, "O AMERICA, DIE IN YOUR RAGE."

Investigators at the scene found a nine-volt battery inside Ullah's pants pocket, as well as fragments from a metal pipe and the remnants of what appeared to be a Christmas tree light bulb attached to wires.

Ullah told investigators that he built the bomb at his Brooklyn home one week before the attack, filling the pipe with metal screws to maximize damage. He chose a workday to target as many people as possible.

Investigators in Bangladesh were questioning Ullah's wife, according to two officials. They said the couple have a six-month-old boy.

A police official who took part in that interview said the wife told investigators that Ullah had never prayed regularly before he moved to the United States.

New York City police and the Federal Bureau of Investigation were leading the investigation into Ullah in conjunction with other agencies through the Joint Terrorism Task Force, and were asking the public for any information about the suspect.

Assistant FBI director in charge William Sweeney said there was so far no indication that Ullah had previously attracted the attention of FBI.

Ullah lived with his mother, sister and two brothers in Brooklyn and was a green card holder, said Shameem Ahsan, consul general of Bangladesh in New York.

US President Donald Trump said again on Tuesday that the attack emphasized the need for US immigration reforms.

Monday's incident occurred less than two months after an Uzbek immigrant killed eight people by speeding a rental truck down a New York City bike path in an attack for which Islamic State claimed responsibility.

"There have now been two terrorist attacks in New York City in recent weeks carried out by foreign nationals here on green cards," Trump said. "The first attacker came through the visa lottery, the second came through chain migration. We're going to end both of them."

The ban covers people from Chad, Iran, Libya, Somalia, Syria and Yemen seeking to enter the United States. Trump has said the travel ban was needed to protect the United States from terrorism by Islamist militants.

Bangladesh is not among the countries affected by the ban.

"This is the first time I believe that we have seen an individual with a suicide bomb in mass transit and actually have that bomb function. So we're going to take a hard look at it," Miller said in an interview.