Despite footage, plea bargain for 2 Israelis who beat Sudanese to death

Babikir Ali Adham-Abdou tried to chat up girls in Petah Tikva, but as he left the scene, he was knocked to the ground from behind, beaten viciously by minor and a young man; prosecutors, fearing an acquittal, strike a plea deal with defendants.

The State Attorney's Office signed a plea bargain deal with two defendants accused of killing a Sudanese migrant in 2016. According to the deal reached at Lod District Court, 22-year-old Dennis Barshovitch of Petah Tikva will confess and be convicted of manslaughter.

The prosecutor will ask for up to 10 years incarceration. The second defendant was 16 at the time of the incident and will only be convicted of committing intentional injury; his sentence, however, will be determined by the court.

Some days after the incident, video footage of the two attackers venting their anger on a Sudanese man, Babikir Ali Adham-Abdou, was released. The victim was taken to Beilinson Medical Center, where he succumbed to his severe wounds four days later. The original indictment stated that the defendants arrived at Municipal Square in Petah Tikva on the night o of November 14, 2016, where three girls were sitting and chatting at the time. The victim approached the girls and they were frightened and shouted at him to leave them alone. The underage defendant approached the victim and shouted at him. The victim then raised his hands and began to leave the area. As he was walking, the youth kicked him in the back and threw a beer can at him. He then continued to viciously beat the victim until he fell on his back. The kicking continued, hitting the victim in the upper body, his back, neck and head as he was lying on the ground. 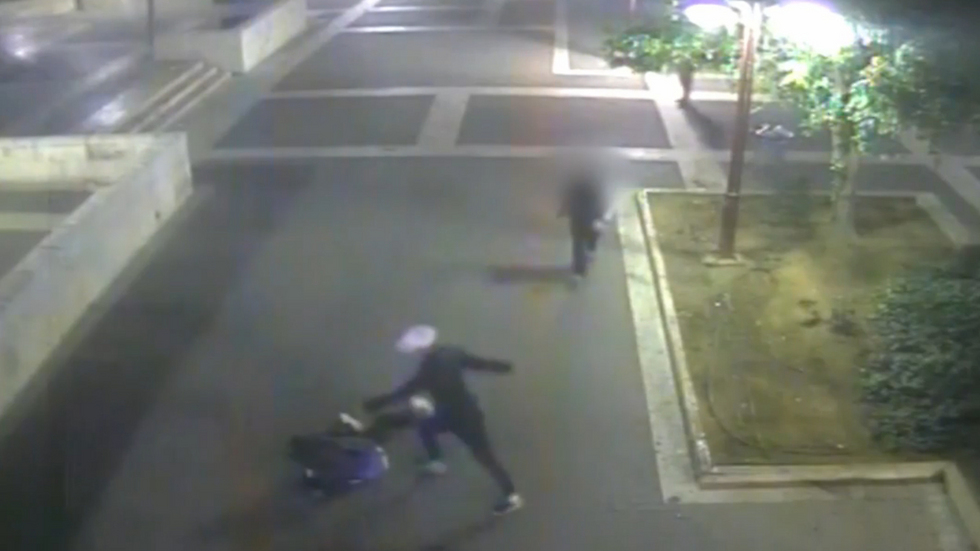 The attack
Barshovitch then came running over and as Adham-Abdou attempted to get up, Barshovitch kicked him down forcefully and the victim’s head hit the ground. He continued kicking and punching the man several times and the victim was gargling before the defendants fled the scene.

At first, the defendants were not charged with murder due to the spontaneous nature of the incident. According to the pathological report, the victim died of multiple wounds and it was not possible to determine which of the two defendants caused Adham-Abdou’s death.

Prosecutors also feared that the youth would be acquitted since the young man attacked several times and the youth only once. They therefore feared that acquitting the youth would lead to the acquittal of the young man. The maximum sentence for manslaughter and intentional injury is 20 years. However, when the attack is committed without weapons, such sentences are rarely imposed. In accordance with the developments in the case, an arrangement was signed whereby the prosecution will demand that Barshovitch be sentenced to ten years incarceration. His defense counsel may ask for a lower prison sentence. In addition, each of the defendants will compensate the victim's family for NIS 50,000.