Fogel parents and children who were murdered 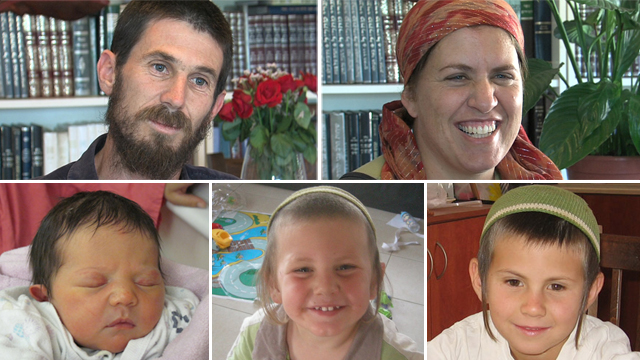 Shortly before statute of limitations expires in case in which 2 Palestinians shot and stabbed to death 5 members of the Fogel family as they slept, decapitating a baby, survivors and family members submit lawsuit seeking unprecedented sums from Palestinian organizations; 'The PA should know that it cannot continue to pay money to murderers of babies with impunity.'

The Fogel family, of which five members were slaughtered in a grisly terror attack in the West Bank in 2011, is suing for NIS 400 million in compensation from the terrorists responsible for the attack. Shortly before the statute of limitations expires, the family, represented by the Shurat Hadin-Israel Law Center organization, filed a statement of claim to the Jerusalem District Court on Monday.

“To this day, the terrorists receive hansome salaries from the PA, a fact that entirely defies logic and is contrary to justice,” the Fogel family said in a statement. “In the filing of this claim we seek to send a message in the name of every person who has a heart.”

Terrorists who murdered members of the Fogel family

On March 11, 2011, two terrorists from the village of Awarta, eight kilometres southeast of Nablus, infiltrated the adjacent settlement of Itamar.

After breaking into an empty home, they stole a weapon before breaking into the Fogel family home, where they stabbed and shot to death the parents, Udi, 36 and Ruth, 35, along with three of their six children—Yoav, 11, Elad, 4, and three-month-old Hadas, who was decapitated—as they slept in their beds. A month-and-a-half later, Amjad and Hakim Awad, 18 and 19 respectively, were arrested for the attack, which they confessed to and reconstructed. A military court handed each terrorist a sentence of 130 years in prison. Tamar Fogel and her two younger brothers, Roi and Yishai, who survived the attack, submitted a joint claim with 19 other members of their family, including their grandparents on their mother’s side, Rabbi Yehuda and Tali Ben-Yishai, who have who raised them ever since their parents were murdered. The claim was also filed on behalf of the grandparents on the father’s side, Haim and Tzila Fogel, along with the uncles from both sides. Elihay Ben-Yishai, the brother of Ruth Fogel, said that more than anything else, the claim was aimed at setting a precedent of punitive measures against terrorists. The Fogel family that was massacred in Itamar
“From our point of view, the claim is meant to send a message: anyone with blood on his hands who carried out the massacre of our beloved family will not get away and will pay a heavy price,” he said. In addition to claiming against the terrorists responsible for perpetrating the attack, the statement of claim was filed against another five Palestinians who assisted them. However, particular responsibility is being attributed by the plaintiffs to the PFLP, the PLO and the PA as organizations that encouraged the attack and incited to murder, while the PA also continues to pay the terrorists large salaries as they languish in prison. “The PLO and the PA knew, or they should have known, that they have been transferring and continue to transfer monthly salaries to every terrorist who murders Jews, who assists in the murder of Jews, who provides transport to murderers of Jews, who carries out attempts to murder Jews and more. This policy undoubtedly led to the attack and murder of people like the deceased,” the emotionally charged statement read. 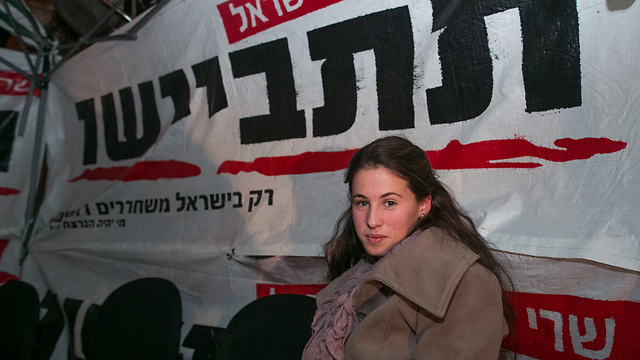 Tamar Fogel (Photo: Ohad Zwigenberg)
The sum of NIS 400 million in compensation being extracted by a single Israeli family would be unprecedented. In the US, courts have already awarded hundreds of millions of shekels to victims of terror in compensation, but the sums in Israel have always been significantly lower. Three months ago, the Jerusalem District Court ordered the PA and six terrorists responsible for the murder of members of the Ben Shalom family on Route 443 at the beginning of the Second Intifada to pay NIS 62 million to the victims' relatives, raising the bar for the amount of compensation. 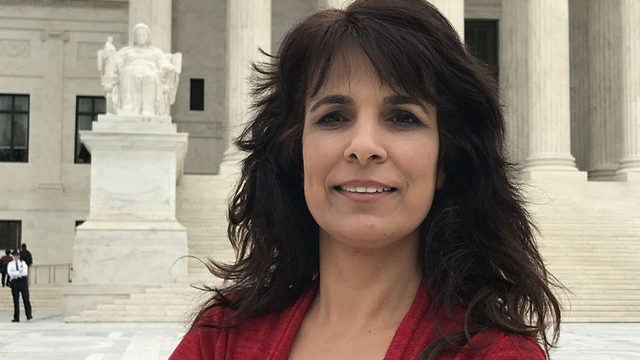 Shurat Hadin president Nitsana Darshan-Leitner
The president of Shurat Hadin, Nitsana Darshan-Leitner, also agreed that the claim was designed to convey a clear message to terrorists who benefit from the financial rewards offered by the PA. “Even if almost seven years have passed since the terrible massacre and these shocking sights, we will not forget, and we will not forgive. The PA should know that it cannot continue to pay money to murderers of babies with impunity,” she said.