'We Jews and Arabs live like brothers here. As far as we're concerned, nothing happened,' insists Acre residents, adamant that peaceful coexistence in the city will not be ruined by 'outsiders.'

Sunday's attack in Acre, in which three IDF soldiers and border policemen were wounded, seemed to barely affect business in the city Monday. Although more police cars were on patrol than usual, and businesses in the local market—where the attack took place—had fewer customer, residents tried to conduct business as usual.

At dawn the merchants of the promenade market came to their shops, drank coffee and talked a little about the incident before they started their routine. Jews and Arabs sold and bought goods as if nothing had happened less than a kilometer away.

"It's all baloney, there was no attack (Sunday)," asserted Abu Diab Bilal, owner of a fish shop in the market. "There are no attacks in Acre, we Jews and Arabs live like brothers here."

Bassam, from the shop opposite Bilal's, agreed: "I do not understand what all the noise is about. I and my neighbor, Moshe, have been living next door to each other for 40 years and there is no hostility here. The fact that one person went mad does not mean that there is a new intifada on the way."

"As far as we're concerned, nothing happened (Sunday) in the city, we did not hear anything. At most there was an accident there," he said. 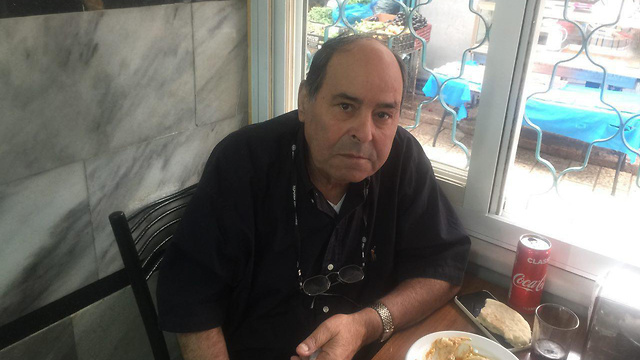 In the market, though, there are those who experienced a drop in the number of buyers.

"Traditionally, on Mondays, the market is weaker than in the weekend. Today (Monday—ed) it may be a bit weaker than normal because of what happened here (Sunday)," said Joseph Jamil, a candy store owner.

"Believe me, this has screwed both the Jews and the Arabs of the city, and it's a shame that it happened." 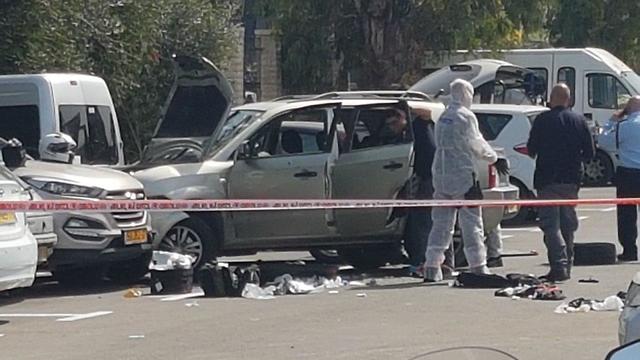 The aftermath of the attack (Photo: Gil Nechushtan)

One hundred meters away, in one of the alleyways, we enter the most Jewish-Arab meeting place Acre has to offer—Said's hummus restaurant.

Almost exclusively, Jews who came to enjoy Said's hummus, just before he closes the restaurant at 15:00. can been seen.

Maurice Knafo, who comes once a week from the Krayot to eat Hummus at the restaurant, did not think for a moment of canceling his weekly trip. 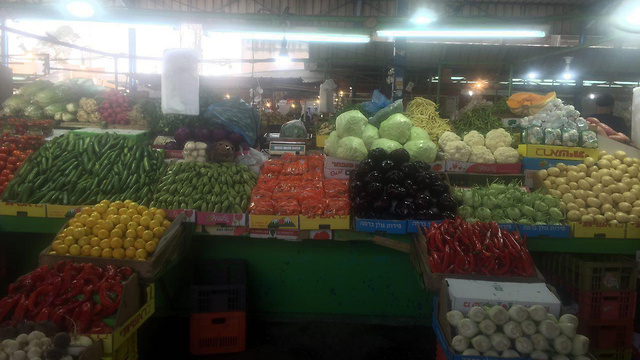 "I did not hesitate to come even for a moment. I came even during the Lebanon War, so of course I would come now," he stressed. "I personally do not think this is a terrorist attack. What man prepares an attack while walking with his wife. He must have got angry and gone mad, that's all."

Oren, a discharged soldier from Acre, claims that even if this was a terrorist attack, he will not be denied his monthly hummus meal. "What happened may be unfortunate, and I wish a speedy recovery for all the wounded, but it it not refelective of my city where you grow up alongside Arabs and do not think to hurt them because they are also human beings." 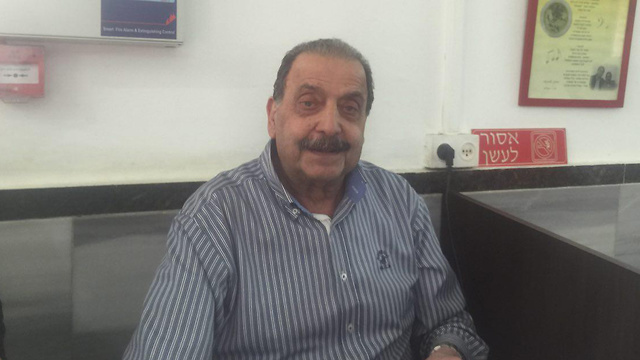 The owner of the restaurant, Said Abu Bakram, best explained the Arab-Jewish solidarity that continues in the city.

"We are brothers, one family united, but sometimes outsiders like the one that came in (Sunday) come and make a mess," he said. "I have no idea what happened there, but he was not from here and if he was it just would not have happened. Acre is a city that is an example of co-existence. So yes, every few years there are such incidents here, but these are always incidents caused by people who come from outside."